This morning I dropped the kids off at school and then realized that I didn’t want to go back home. I drove around for nearly an hour just listening to my iPod and staring at the stripes on the road and eating a doughnut. (There are four grocery stores with fresh baked doughnuts on the street where I was driving, and although I was able to drive past #1 and #2 while feeling strongly about my doughnut-free stance, by the time I got to #3 I was feeling the long john monkey tingling on my back. I caved at #4.)

When I returned to my car, I decided to make a right instead of a left out of the parking lot, which put me on a road I don’t remember ever being on (it’s called Mason, locals), and my favorite cover of Creep came on. I tried to sing along, and pretty soon my eyes were watering. (Part of it may have been because I can’t hit the high notes. The other part may be something else entirely.)

It wasn’t long before I déjà vu’d myself back to a Target parking lot in Nashville, Tennessee. I had driven to the Target back in 2000 to purchase an electric griddle for pancakes, but Radiohead’s OK Computer was playing and “Exit Music (For a Film)” came on and it was snowing and perfect and instead of going in for my griddle, I sat in my little green Nissan and sobbed until I looked like Alice Cooper.

You know me better than most people know me. (And that’s weird, because most of you really have no idea what I smell like. Here. I’ll tell you. Toast! I smell like toast. More wheat than white.) I’ve always been upfront with the fact that I share only 17% of my stuff at Fluid Pudding. I’m now going to give you a 3% gift. That’s right. I’m going to open up a bit more so that you’re in on 20% of my business.

What did you just say? Oh. You’re welcome.

3%: In the past three years, three different doctors have tried to prescribe (at least) three different daily medications that call themselves things like anti-depressants and/or anti-anxiety agents and/or muscle relaxers. When I pick up the prescription, here is what I do: I take one of the pills, and if it makes me feel weird or off, I immediately throw the rest away. Because these things aren’t needed for me to LIVE, they’re just needed for me to apply a bit of coping fuzz. BUT, I don’t need permanent fuzz. I need REMOVABLE fuzz. Like a coping fuzz vest. (Two nights ago I found myself at a restaurant with a delicate and fragile (perhaps birdlike?) woman who was wearing a black feather vest. I don’t think the decision to wear that vest had anything to do with her inability to cope without the aid of feathers. I think it had everything to do with wanting to look a little more like Elton John. And for that, I suppose I salute her.)

When I was going to school in Columbia, Missouri, my coping fuzz vest came in the form of My Bloody Valentine.

(That song? I could listen to that song 24 hours each day forever.)

I have 80 reasons for needing a coping fuzz vest right now. (These 80 reasons are part of the 80% that I’ll keep in my pocket.) The good news? I’m seeing a new doctor on Monday. (When your regular doctor makes a habit of throwing Vicodin your way, you know it’s time to find a new doctor. Unless you like Vicodin! No hate to the Vicodin fans! I’m not here to hurt anyone’s feelings.) Anyway, the following line items appear on my list of conversation points:

Always End On A Happy Note: I spoke to our new realtor this afternoon, and she is amazing and I’ve been packing boxes. (Oddly enough, I’m wearing a fleece vest right now. Not quite fuzzy enough, but it’ll do.) 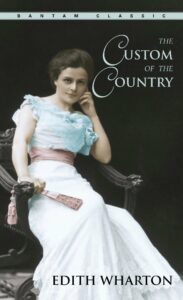