I own a 700 page book that was supposedly written by Martha Stewart and it contains nothing but helpful advice on how to clean and fix every single item in your house. EVERY SINGLE ITEM. (Except for maybe a Schnauzer.) Anyway, I’m a little confused because she has taught me how to handle an unruly avocado tree, but she will not even MENTION slip covers.

We have two couches. I guess one of them would be called a love seat, because it’s 2/3 the size of the big couch. What is the difference between a couch and a sofa? (What is the term for someone who falls two notches below plebeian? There I sit. On the Plebeian Sub-Notch-Two Couch.) Our couches were purchased eleven years ago, and they are looking rough. The cats have scratched them. The dogs have chewed on them. The girls have (probably) thrown up on them. (They have. I’m just trying to spare your feelings.) I have spilled coffee on them. (Also, salsa. More than once.)

What I would like to do is spend thirty dollars to extend the life of my couches by two years, and I think that can be accomplished with slip covers. BUT, because Martha Stewart doesn’t discuss them, I’m starting to wonder if I have any idea what I’m talking about.

Jeff mentioned that Martha Stewart doesn’t cover (no pun intended, really) slip covers in her book because she believes slip covers are déclassé. With that said, please know that I wear my makeup exactly the same way that I wore my makeup in 1985, which was the year during which I began to wear makeup. Old dogs and new single trick ponies and such…

What I need to know is this: Do you have a passionate opinion about slip covers? Will you share it with me?

Please know that I don’t want to start a slip cover war. I just need to know if, because I am completely unarmed with information, I am doomed to repeat the mistakes of my reclining ancestors.

Yesterday I spun in the house for the first time. 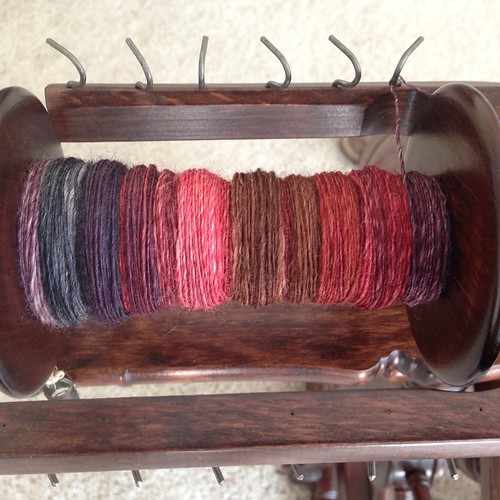 26 thoughts on “Cover Me, Bruce Springsteen.”