Exactly one week ago today, I found myself eating an avocado roll with Tempe at a place called I Love Mr. Sushi. As I chopsticked my roll around in a bath of soy sauce and wasabi, I literally felt my heart grow three sizes.

My heart: Hear thee, hear thee! This next beat will be skipped for Dick York and the reasons why he had to be replaced as Darren on Bewitched.

Me: Okay, then. Let’s head to the emergency room.

When you go to the emergency room complaining of heart flutters, everyone pays attention to you. It made me feel really crappy for the guy whose arm was clearly broken. He had arrived before me, he was WINCING, yet I was Beyoncé and he was Solange.

During my EKG, I was throwing PVCs that had nothing to do with plastic pipes and everything to do with irregular heartbeats that may be caused by caffeine (I have 2-3 cups of coffee each day.), exercise (I doubt this is the problem. Heh.), and stress (This is where I would say something about being “too blessed to be stressed” but honestly? That falls about a half notch below turning the frown upside down and changing scars into stars.).

I was transferred to a room where they sucked out about six tubes of blood before hooking me up to a monitor and a bag of normal saline. I was then told that it would be about an hour before the labs came back. I quickly kicked off my shoes (I was wearing socks, and I’m not sure why you need to know that, but you do.) and found Elf on the television. (It’s always on, isn’t it?)

I eventually dozed off and experienced dreams of nurses who were trying to steal my magic. 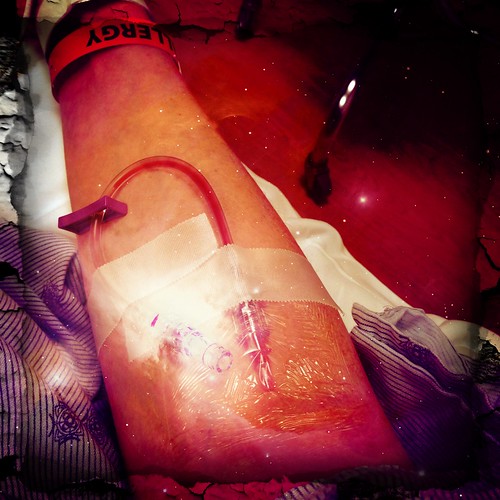 (If you know me at all, you know that I’m dripping in magic. Fun Fact: My middle name is Pippin.)

Anyway, because all of my labs came back in the normal range, I was sent home. On Tuesday, they called me back for a seven day event monitor, which has nothing to do with the Protestant Christians who observe Saturday as the Sabbath, and everything to do with a cardiologist keeping an eye on my magic. 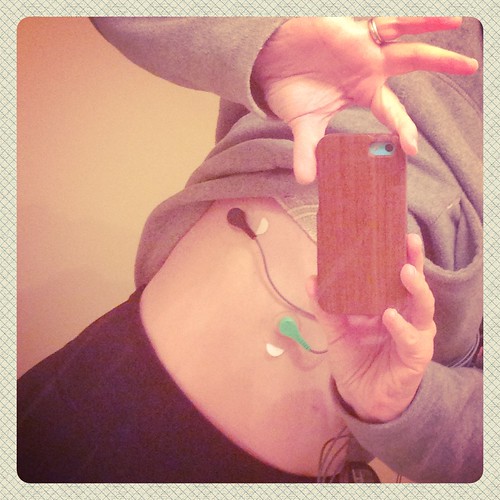 I have four leads. White is right, red is heart, green is grounding, and black is back. (The nurse taught me this poorly-written poem so I can remember how to replace my leads. I think it’s in desperate need of a rewrite.) Every time I feel a flutter (which is probably around 100 or so times each day), I have to press a button and then answer two questions on a special Maxwell Smart phone. The answering of the two questions (What happened? What were you doing?) has become exhausting. (Yesterday I accidentally threw the phone across the kitchen floor and it broke into three pieces. Surprisingly (and as if by MAGIC), it still worked.) Also, please know that this photo marks the first and last time that I will show my torso at Fluid Pudding Dot Com. Happy Holidays!

I’ll be meeting with a cardiologist next week. If he asks me to give up caffeine, it’s going to be a Blue Christmas. I’ll keep you updated. ‘ ‘ ‘text/javascript’>

22 thoughts on “Join us! Leave your cheese to sour!”