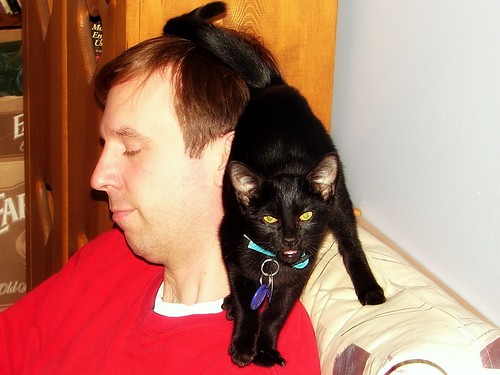 Tomorrow would have been Ramona Quimby’s sixth birthday. Sadly, we had to say goodbye to her on Friday evening. I planned on writing a little tribute to her similar to the one I posted about Sid back in July, but you know what? It’s just too much going from being a two cat family to a zero cat family in less than five months, and I’m having a hard time dealing with it. (Wednesday is the five month anniversary of Sid’s death.)

I’ve spent most of the weekend thinking that I hear Mona jumping up on the bed. Last night I mistook Meredith’s black boot for Mona. Scout has been hanging out by Mona’s crate since last Wednesday, just hoping that her buddy will suddenly reappear.

(I apologize for the sad music. Please know that I made the video three years ago when things were far from sad.)

We took Ramona in to the emergency vet clinic on Wednesday evening because she hadn’t eaten in a day, and she was barely drinking water. Chronic kidney disease. Just like Sidney. I could sing songs to you (in a minor key) about my theories, but I know that you would slowly back away as soon as I warbled something about “potential formaldehyde in new carpet and no one warns you that it’s there or that it could kill your animals.”

A few weeks back, I took a photo for Instagram showing how an attempted nap with Ramona Quimby goes down. 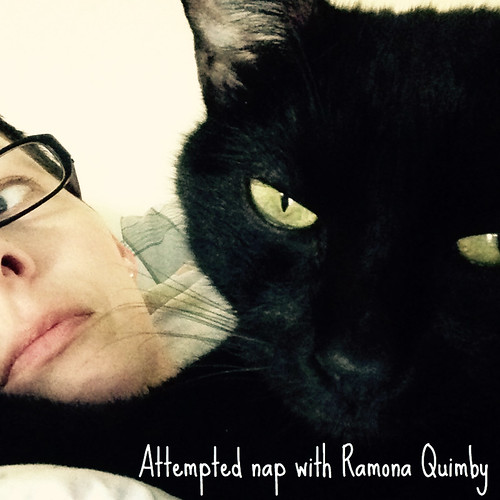 I like to think that she now naps next to her sister. 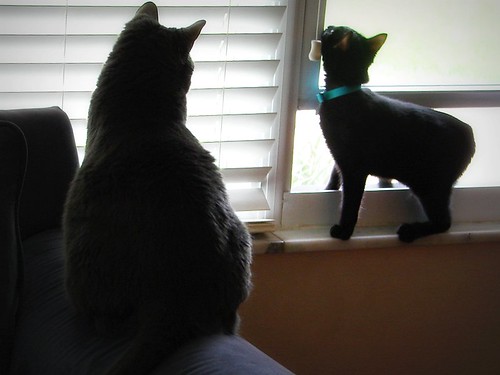