I’ve been feeling like the girl who just found out that she was elected Happy Club President and she was never interested in joining the Happy Club, much less leading the damn thing and maybe her t-shirt smells a little sour and perhaps she has dried blood on her sock for no apparent reason. Unpleasant eyeliner. Scowl facial fault lines that appear to be sinking deeper. Sudden intolerance to bread that came on less than an hour ago and is leading her to walk at half mast. Oh, it’s definitely a great night for open house at the middle school. Bonus: Open house for Harper is tonight. Open house for Meredith is tomorrow. Two open houses in two days!

The good news? I’ve been knitting every one of my emotions into this sweater (Like Water for Chocolate!), and I’m 1.75 sleeves away from finishing it. It smells like vinegar, and it might be my favorite handknit cardigan ever. (Knitters: It’s the Dark and Stormy.) 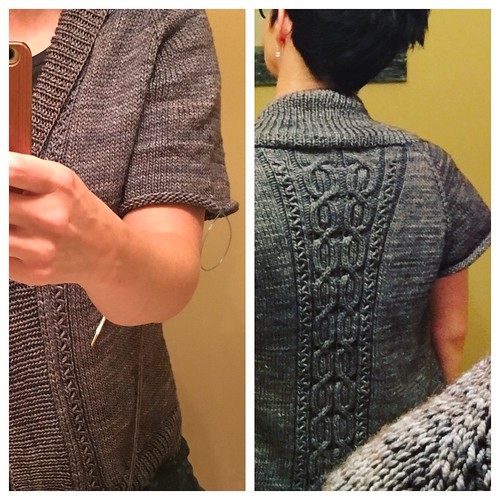 Also, I’m working on a Rainbow Warrior that will eventually be named Dorian Gray is a Sexy MF, because the yarn I’m using is Three Irish Girls “Dorian Gray” and “Sexy MF” and you know what they say about fixing things that aren’t broken. Don’t! 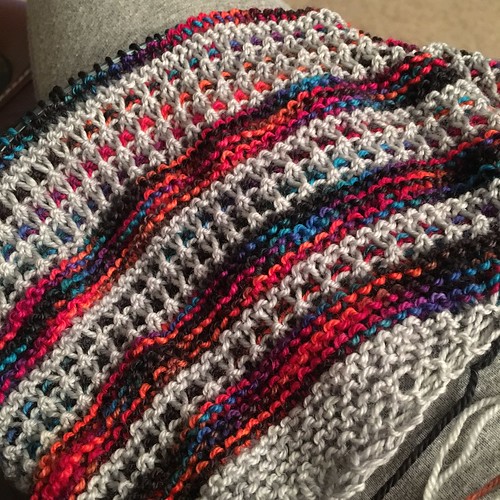 My freelance project was supposed to begin on August 1 and I’m still (mostly patiently) waiting for it. This is good because: KNITTING! This is bad because: Happy Club President refreshes her e-mail 3,291 times each day to see if there is work to be done!

What else is new? I’ve decided to maybe think about giving myself a manicure. I’m enjoying Heroes of the Frontier but reading it way too slowly. A friend and I are going to take a yoga class and it starts next week and I purchased a tie-dyed tank top to celebrate my Yoga in Public burst of courage. Didn’t Matt Damon say something or other about finding twenty seconds of courage? Maybe in the movie about buying a zoo? Anyway, yes. Twenty seconds of courage, give or take 75 minutes every Tuesday for the next eight weeks. I haven’t had any sort of alcoholic beverage in 2.5 years, and my headaches really aren’t that much better so a post-mayurasana martini might be the best idea I’ve had since last Thursday. ‘ ‘ ‘text/javascript’>