On September 19 I celebrated my 15 year anniversary at Fluid Pudding. Oh, but let’s get something clear. A quinceañera, there was not. In fact, I didn’t even realize that it was the anniversary until the anniversary date had passed. No parades. No cake. No “Oh, the places we’ve been” post.

I *did* downloaded a free makeup app on the 19th. It’s called MakeupPlus and it started off innocently enough, as most things do. (Brows! Lashes! Weird shade of pink on my lips!) 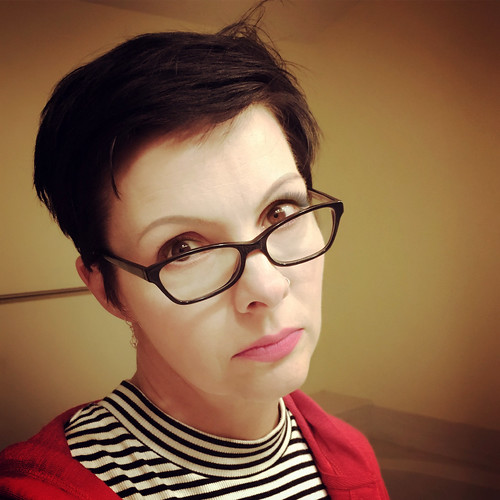 It didn’t take long for me to peek over the edge of Mount Going Too Far. 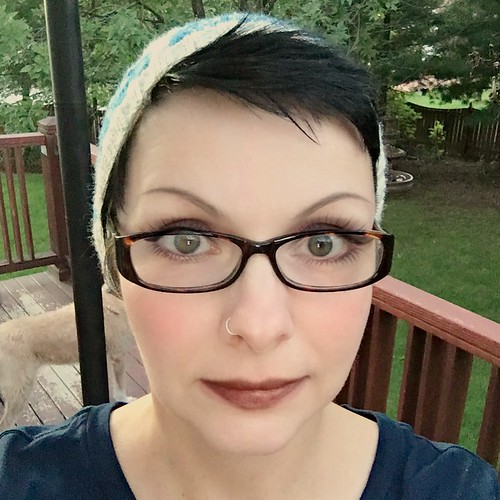 Long story shortened: Here I am with a beard. 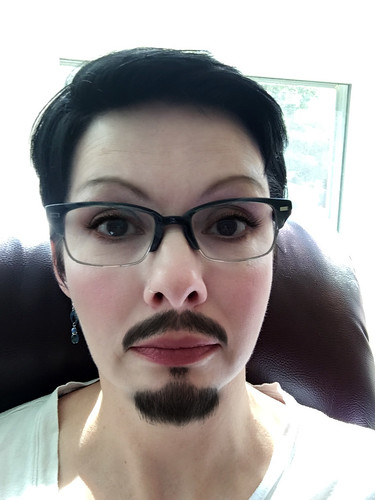 Also, I drank a drink for the first time in two and a half years over the weekend. The following photo is a huge exaggeration. 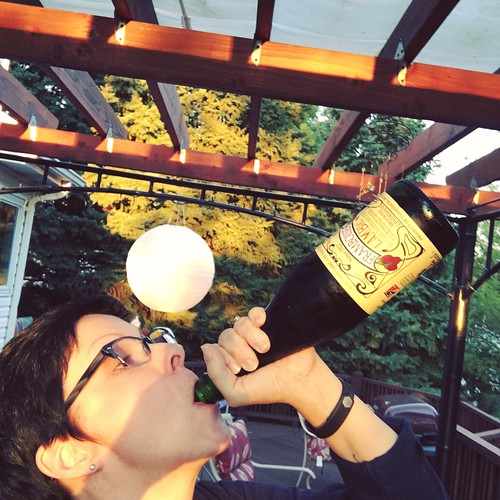 (Reality: I don’t believe I finished half of the bottle, and I drank it out of what Meredith called “a Jesus glass,” because we are Team Lord’s Supper 24/7 around here.)

On Tuesday night, my yoga partner and I decided to skip yoga in favor of supporting local businesses. In other words: Out for drinks at VB Chocolate Bar, which is about a ten minute drive from my house!

This is an ice cream float made with homemade salted caramel ice cream and O’Fallon Vanilla Pumpkin Beer. (I had two, because I tend to lose control when I’m skipping yoga and shooting breezes.) 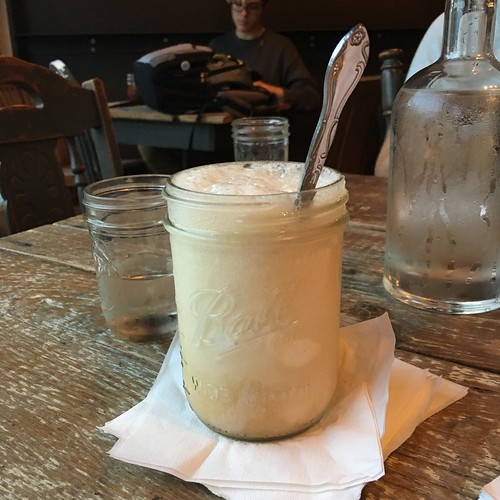 Let’s see. What else? Jeff and I went to a Tuesday morning showing of the latest Blair Witch! (Wait a second. Is that a PERSON in what I thought was an empty photo?! Who IS that?! Could it be THE BLAIR WITCH?!?!?!) 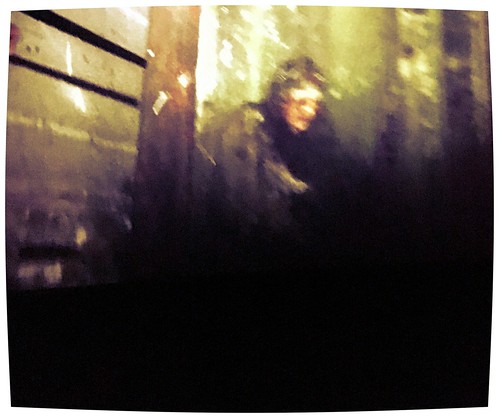 ((It’s not the Blair Witch.))
As you can probably imagine, the theater was not crowded.

I’ve signed on (nothing was actually signed) for NaBloPoMo in November, but would you rather I do it in October? You tell me. ‘ ‘ ‘text/javascript’>

13 thoughts on “You wanted way too many photos of me? Well, you’ve come to the right place!”