Jeff gave me an Anova Sous Vide Precision Cooker for Christmas and it scares the crap out of me so I’ve been doing all kinds of research because I need to be armed with information before I take the thing out of the box.

Due to the legalization of recreational marijuana in California, my television is blowing up with pot news. This morning I watched a segment about a team in San Francisco who is incorporating cannabis into meals, like a vegetable. The woman uses A PRECISION COOKER to simmer crushed cannabis. (They work under the name Sous Weed, and that’s both convenient and brilliant.) I had never seen a precision cooker before last week, and I’m now on high precision cooker alert, so they’re popping up everywhere—even in cannabis kitchens. Cosmic rhymes.

One of my dreams (dreams? goals? plans?) is to see Niagara Falls iced up. This morning Today was covering the weather from Niagara Falls, and would you just look at the face on the magnifier? Apparently, I was not the only person to notice it, but notice it I did and it delighted me for probably seven entire minutes. 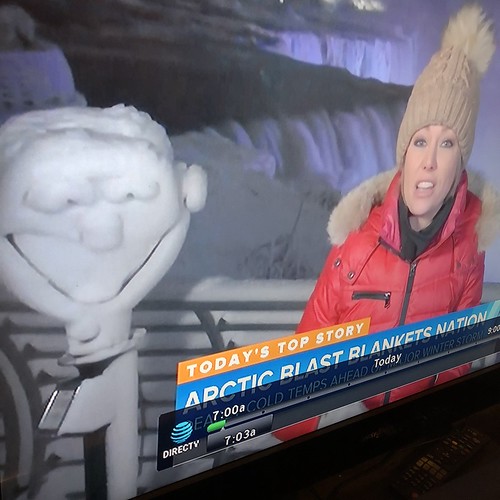 Would you like to know the other two things that delighted me today? (It was a triple delight day, which is Bald Eagle Eating a Tomato Sandwich While Perched on My Arm rare.)

Jeff and I have been invited to an ugly sweater party this weekend, and I scoured (scoured!) the internet for the perfect sweater before deciding to make my own using some felt and an iPad (and a pre-made sweater, obviously). Ah, but I soon realized my limited skills so I ended up saying Screw It before ordering a dress sort of thing and some silver tights. Silver tights. SILVER TIGHTS.

This afternoon I received a text that my tights had been delivered. I ran out to the mailbox (mainly because the temperatures are below freezing), grabbed the package, ripped it open, and take a look at these. 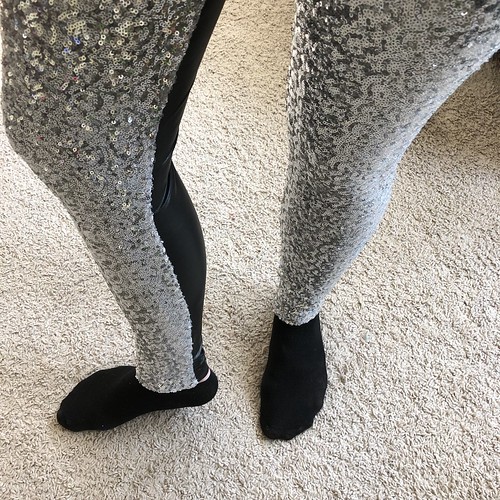 These are not silver tights. These are sparklepants in the front and fake black leather in the back. I initially felt disappointment (this is NOT what I ORDERED), but then it occurred to me that perhaps the universe knows me better than I know myself because: HELL YES, SPARKLEPANTS. They are a bit too small, but you know what? I’m willing to drop a few pounds for my sparklepants. (They’ve lived with us for less than five hours, and do you see how they’re already putting thoughts into my head? Bossy sparklepants.)

The power they’re supplying is electrifying.

8 thoughts on “Welcome to my garden of earthly delights.”