Yesterday was spent celebrating my birth, and today was spent celebrating the fact that I have two teenagers in the house who call me Mom, and four animals who think of me as their mom. (At least I think that’s what they think.) Know this: I really don’t believe you have to actually give birth to be a mom. In fact, some folks believe that *I* didn’t actually give birth because the girls never slid out of my vagina.

Evidence: Please (once again) enjoy this photo of Harper being pulled from my insides! While the photo was being taken, I was chilling out on my back eating Funyuns and wondering if I would be cleaned up and returned to my room in time for Jeopardy. (I was! Fun Fact: The Final Jeopardy question had something to do with the Black Hole of Calcutta!) 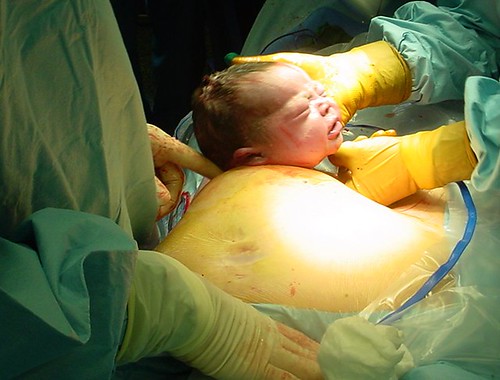 47 was a good year for me. I didn’t have quite enough work, but I put in a lot of volunteer hours. My colon stopped working properly, but it’s now pretty much on the mend. Although they look like something my grandma might have worn, I bought yellow shoes. A few friends gave up on me, but I made some new friends who fall under the umbrella of Band Parents Who Aren’t Afraid to Eat a Nacho or Drink a Beer. I helped a few dogs find their way back to their owners. I engaged in some friendly civil disobedience. I took a writing course. I stopped growing my hair out and will never again grow my hair out because growing my hair out is such bullshit. I started practicing the piano again.

I added a knocker to my collection of knockers. 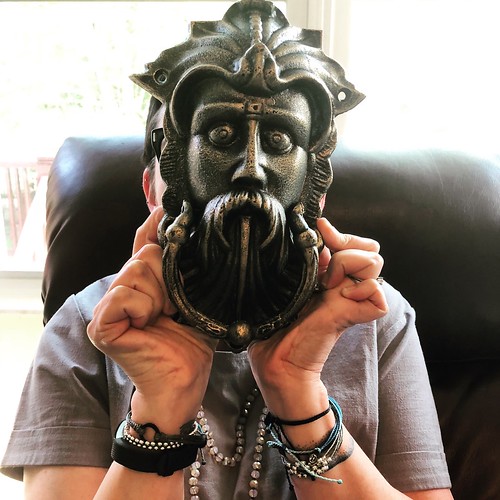 7 thoughts on “Warning: Potentially disturbing photo ahead! We can still be friends, though. We can be whatever we want to be.”