A friend contacted me last year and asked if I would write an article on EEG-based meditation. He would send the equipment to me and guide me through the process, and then I would put pen to paper to describe my experiences. He was enthusiastic. I was enthusiastic. I honestly felt like the article was something I could write. 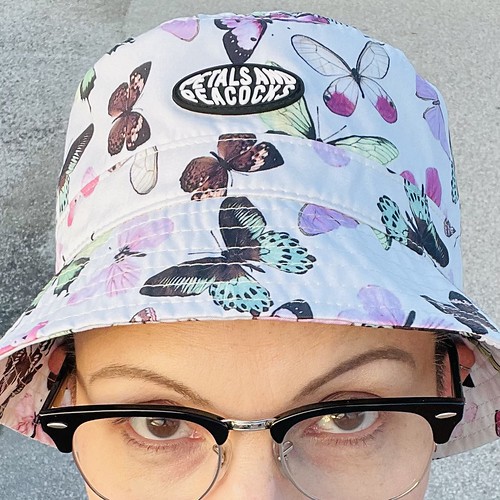 (I bought this hat a few weeks ago, and it makes me want to be a better person. I would insert a chaos theory joke, but it’s just too easy.)

The EEG equipment arrived and after a few clumsy computer failures on my end, we got everything up and running and began having Zoom calls during which I attempted to get my brain levels in the right place for my style of meditation. I never became an expert because meditating is a process, but I definitely made strides and started feeling the benefits of a daily meditation practice. (I’m here to tell you that if you think you can’t meditate, you’re wrong. It just takes openness and acceptance.) 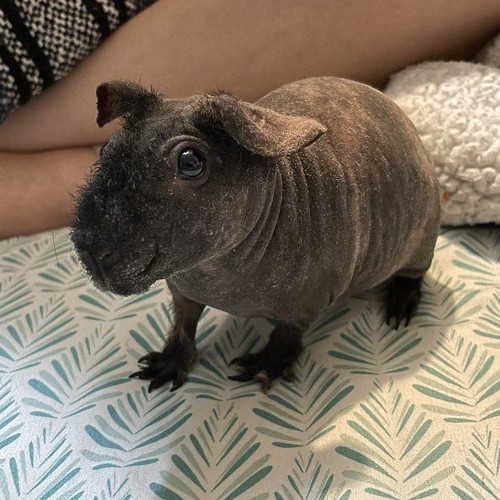 (This is Calypso. She’s a hairless guinea pig who doesn’t like to be picked up, but loves to be held.) 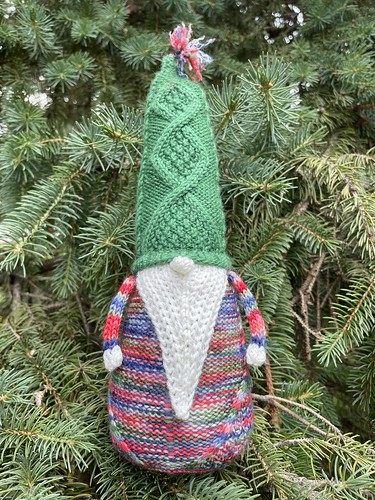 (I knit another gnome. He’s kind of an asshole.)

This paragraph is where I want to tell you that I listened to my therapist and powered through the darkness and WOW the completed article is SO GREAT! IF YOU CAN DREAM IT, YOU CAN ACHIEVE IT! Sadly, that didn’t happen, so I’m here to tell you that sometimes you might think you can do something, but you’re totally wrong. You can’t do it and it doesn’t matter how hard you try. Enjoy your day. (I saw a poster last week that said something like, “A miracle will happen just when you’re about to quit.” and I thought, “Who would buy that poster?” and then I thought, “Fuck you, Poster.”) 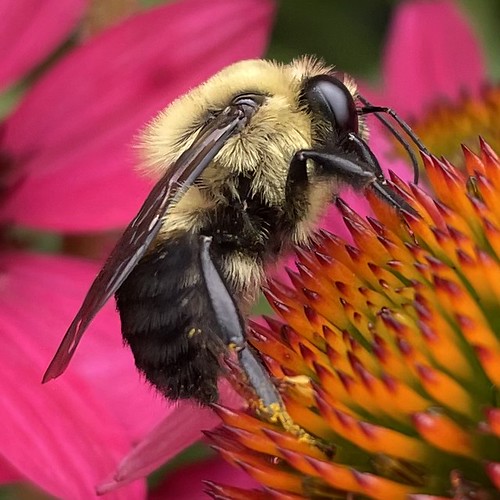 (Look at this guy. He might live for a month (if he’s lucky), he can’t sting (unless he’s a female, in which case she can, but doesn’t want to), and when his stomach is totally full he’s still less than 45 minutes away from starvation.)

Hi there. I haven’t seen you in months. Let’s see. Meredith graduated from high school and is moving away for college in less than three weeks. Harper is now a licensed driver and is getting ready to start her junior year of high school. Ah, but the most important news? I turned 51 and am now one who wears a sundress and has the neck of a Chlamydosaurus. 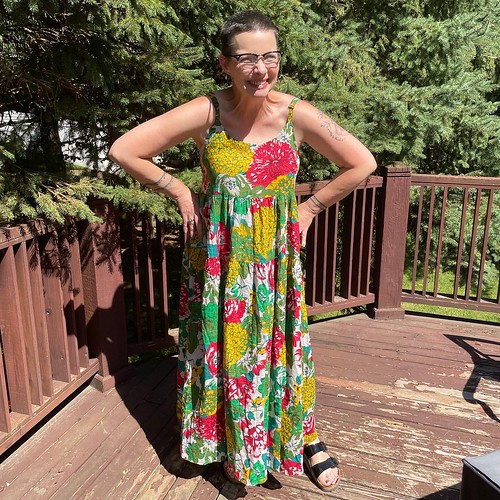 (Don’t let me scare you. I peacock my neck only when I’m attempting to discourage predators. Or when someone is trying to court me.)

Thanks for coming back. We should meet up here more often.