I could waste ten minutes of your time to tell you a story about open houses and contracts and barrels and negotiations, but I know that if you’re anything like me, you’re losing patience with this whole The Puddings Are Moving saga.

I’ll just say this: We found a house. As of this morning, all paperwork has been signed. We move in on August 20th.

So, we now have a house and the girls will have their own rooms, but they’ll be switching schools and we still need to sell THIS house and my cat has lost half of her body weight since January. In other words: Ups and Downs. BUT, I feel good knowing that Christmas will be spent in a new town, and the new town is less than 30 minutes away from our current town. (I’ll have lab results on Sid sometime tomorrow. She’s 15. I’m nervous.)

I don’t know how much you want to know. Here is our new kitchen. 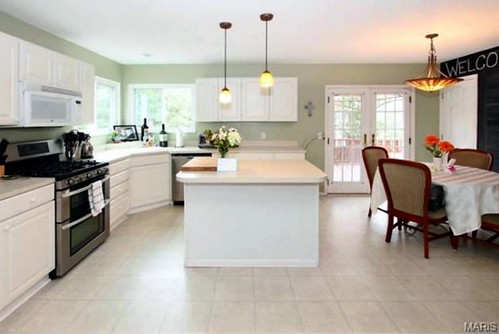 I love that it’s green because my “Make Breakfast, Not War” print is held in a green frame, and it’s one of my very favorite things. 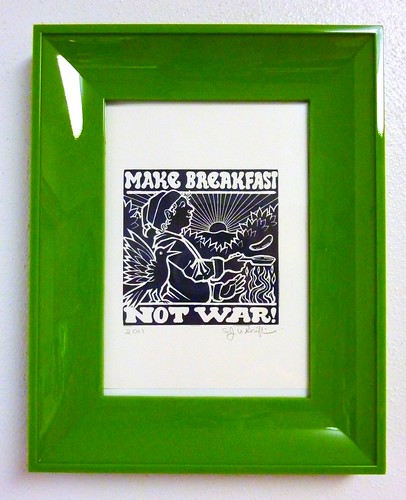 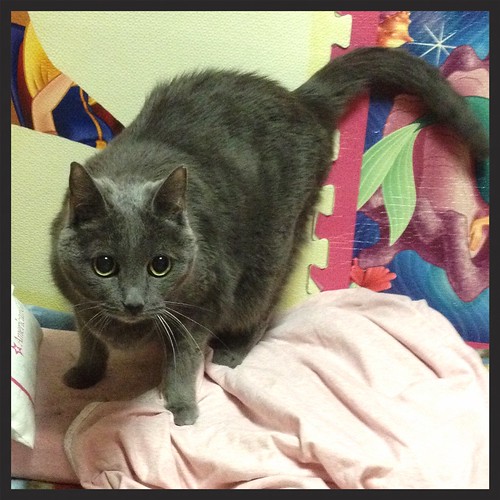 She became my roommate shortly after I moved to Nashville in 1999. She showed up as a stray at a friend’s house, and as soon as I saw her I knew we would be pals. I took her to the vet, and she ended up having to live at the animal hospital for over a month because of parasites and severe malnourishment. I visited her nearly every evening, and even though she was all hooked up to IVs and had no idea who I was, I think she appreciated the gesture. When I was finally able to bring her back to my apartment, I realized that I was very much allergic to her. (She’s definitely worth the allegy medication.) Anyway, she has been around for our wedding, the move back to St. Louis, the move from our city apartment into the house, and the birth of both kids. I’m really hoping she gets to see the green kitchen.

And now we clean. Our realtor is visiting us tomorrow to see if we’re ready to be put on the market.

This is my theme in so many ways right now.

26 thoughts on “Mother’s tired, she needs a rest. The kids are playing up downstairs.”