This was my Thanksgiving photo from 2010: 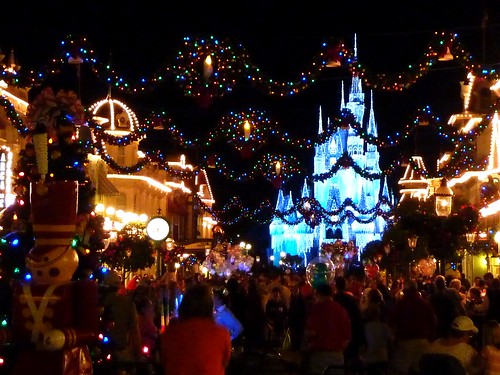 My parents paid for the entire family to go to Disney World and it was millions of lights and thousands of people on scooters and in strollers and I think I ate some fudge.

This year? I didn’t take any photos because I was putting together stuffing and green beans and creating a schedule for rolls and bread pudding (and corn) because if I don’t write everything down, I fail. 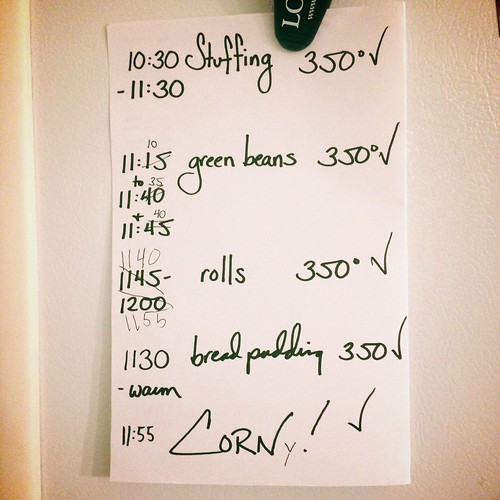 When lunch was over and it was time for everyone to pack up their cars, my sister and nephew went outside to unlock their trunk. When they came back into the house, they were laughing so hard they couldn’t speak.

Because the temperature was below freezing outside, we thought it was safe to put the leftovers that wouldn’t fit into the refrigerator in the garage on top of the recycling bin. Apparently, the lid on my mother-in-law’s salad wasn’t quite closed, so my sister reached over to press the lid down. When she did, the bowl slid off the bin and crashed to the floor, the lid went flying, and suddenly my in-laws had no salad.

After everyone left, I pulled the footage from our security camera. Here is a still. 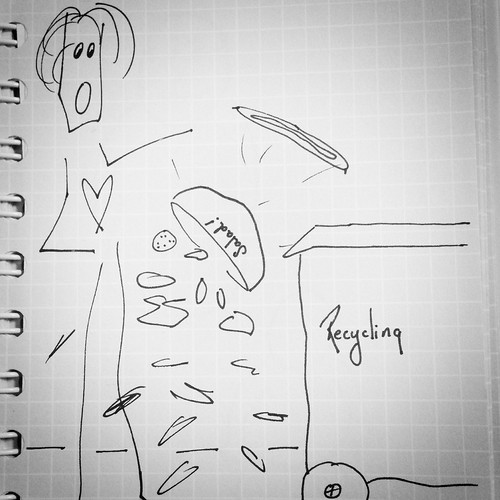 This evening, as the four of us sat around eating leftovers, we mentioned the things that make us feel thankful.

Me: I’m thankful for the house and for the fact that the girls are adjusting so well to their new school.

Harper: I’m thankful for my family and my friends.

Meredith: I’m thankful for my friends and for technology.

Jeff: I’m thankful that we could get together with the family today and that both sets of grandparents could make it as well as J, C, and J.

Meredith: Also, no one died.

Here’s hoping your Thanksgiving was great, you enjoyed some sort of pie, your leftovers remained intact, and that you were able to take time to breathe and remember. ‘ ‘ ‘text/javascript’>

3 thoughts on “Romaine calm and carry on…”