Now that we’re getting ready to shake hands with the hottest part of the year, it’s time to start thinking about heavy cardigan sweaters.

I have this yarn. 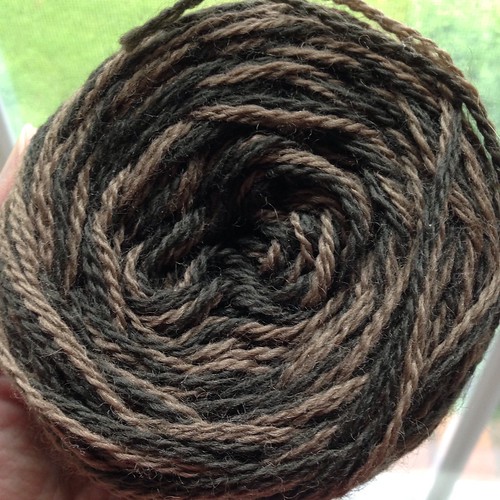 I’m thinking of using it to make either this or this. (I’m leaning toward the Iba.)

(The quality of the yarn is slightly compromised because I was using it for a cardigan back in 2011 and when I sat it down to answer the phone, Henry destroyed my progress. Thank God he now has an eggplant.) 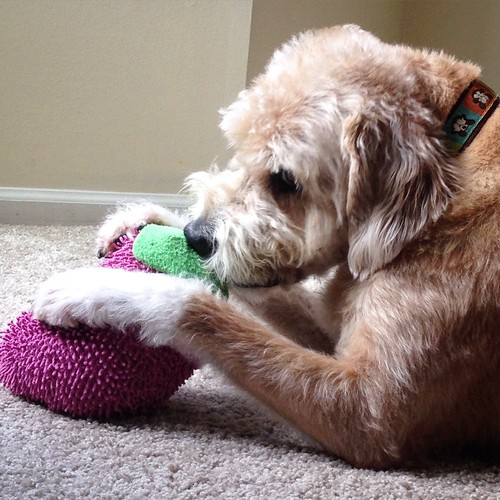 Jeff was in Boston for the first part of the week, so instead of eating everything in the house (my normal response to his car being at the airport), I spun. 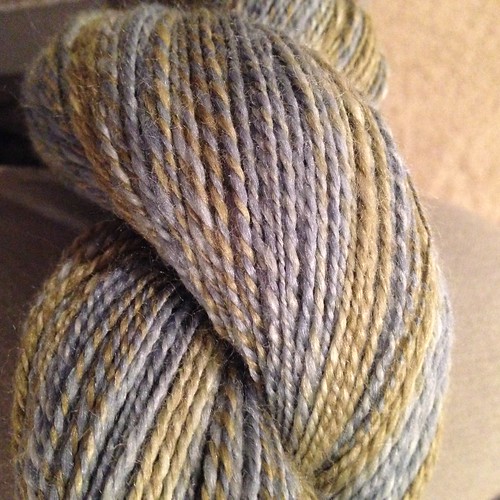 Above is a merino/silk/bamboo blend called Salt Marsh by Lisa Souza. It has been on my wheel forever, which is an exaggeration. Below is merino (Belly Beans by Lisa Souza), and it was on my wheel for less than 24 hours because I was all stressed out and emotional so spin, Spin, SPIN! It’s currently hanging to dry in our office, and it’s possibly the happiest yarn I’ve made. 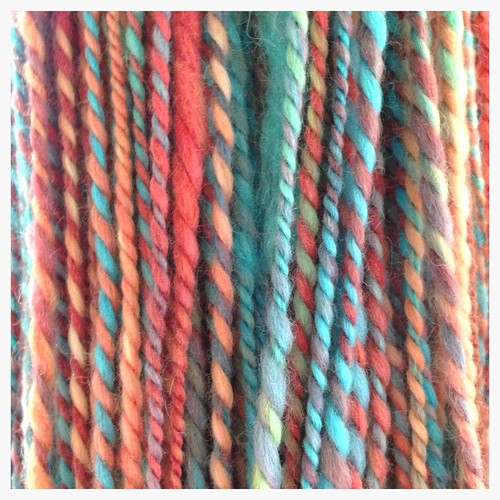 I started a Tiller Scarf in May, and the goal is to add one skein of yarn each month until it’s finished. (It takes five skeins of Cascade 220. The photo below was taken after one skein was used up.) Imagine how warm this thing is going to be once it finally starts snowing again. I wish I lived in Wyoming. I wish I was Lenny Kravitz. 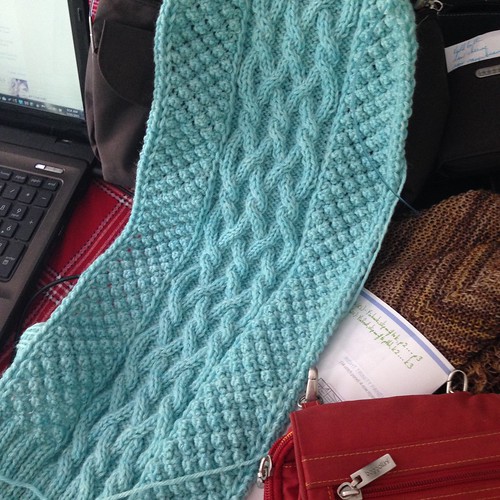 What else? Adventures with the Health Coach are going very well. As I mentioned before, I’m currently eating low carb/high fat/high protein, and although the pounds aren’t dropping quickly, they ARE dropping. PLUS, this morning I saw a glimpse of myself getting into the shower and it seems that I may be changing shape a little. Maybe. I’m eating a lot of avocados. And eggs. And fermented sauerkraut. No sugar (except for in my powdered chemical coffee). No processed foods. (Confession: I *did* have a blueberry doughnut last weekend, but one doughnut in three weeks is a world record for the world in which I’m the only person, so I’ve forgiven myself and will probably have another doughnut in a few weeks because life is short, so why in the hell wouldn’t I have a doughnut in a few weeks? I would much rather worry and stress about finding strategies that will enable me to remain patient until September 8th. (Tomorrow is National Doughnut Day.)) Eating healthy feels good. I love baked sweet potatoes almost as much as I love painless dental appointments.

I’ve once again become very bad at responding to comments and e-mails, and I apologize. Also, the person who had our telephone number before us is named Ellenbach. You have no idea how often I walk around the house chanting “I ain’t no Ellenbach girl…” (It’s often. Now you know.) ‘ ‘ ‘text/javascript’>