I made moonbeam cookies and then I donated the heck out of them because they’re better than a baked sweet potato. Earlier this week I made ginger molasses cookies, and I sent most of them off to a friend because: 1. She was craving them, and 2. They were also entirely too good. 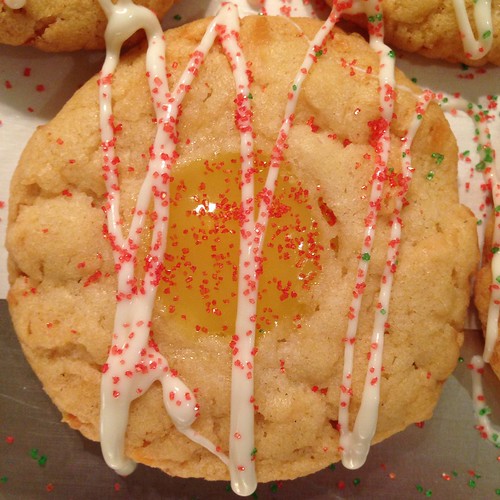 I made a bunch of cards with quotes that I liked and while making the cards I realized how much I like making cards. 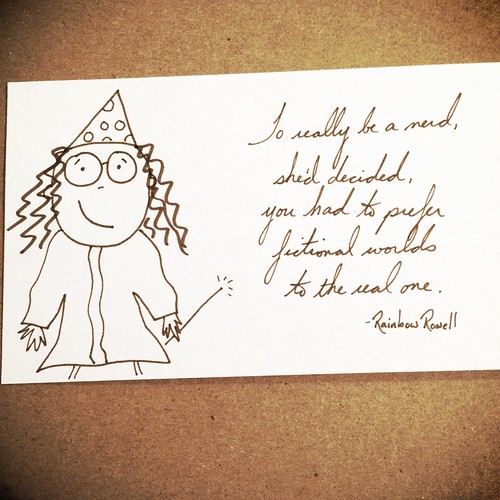 I had a hoop installed in my nose and both of my kids hated it and I took it for a trial run this morning at a Breakfast With Santa event, and I felt like everyone was staring at my nose, so I came home and put the blue opal back in. My ego is a self-conscious jackass who constantly slaps me and tells me that I can’t be who I want to be, and who I want to be right now is a card maker with a hoop in her nose. 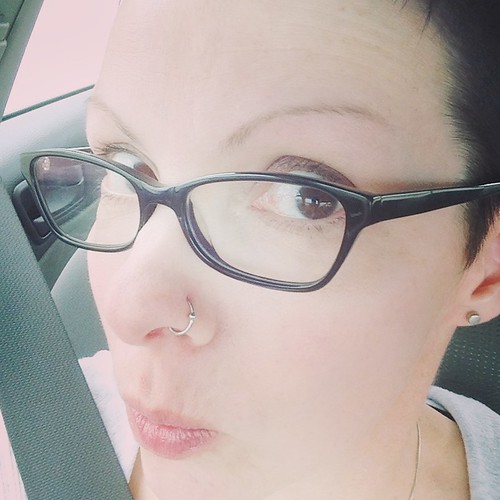 Back to Breakfast With Santa. Before we moved into this school district, I was one of those moms who helped out in the classroom and held a PTO office and attended (and helped with) nearly every event at the school. I loved the school, I loved the teachers and staff, and I loved the students. When we moved into this school district, my volunteer spirit went from 10 to 0. I haven’t attended a meeting or party. I haven’t volunteered or helped with any field trips. I’ve become the sort of parent that I used to resent at the other school.

Last week I took a deep breath and put the word out that I was willing to help at this morning’s Breakfast With Santa. The woman organizing the event has become a good friend of mine, and she placed me exactly where I needed to be: In the cafeteria with a rag and cleaning spray. My job? To wipe down tables and benches when people were finished with their pancakes. I put on a goofy shirt and a smile and prayed for my Celexa to ward off my fear of people. 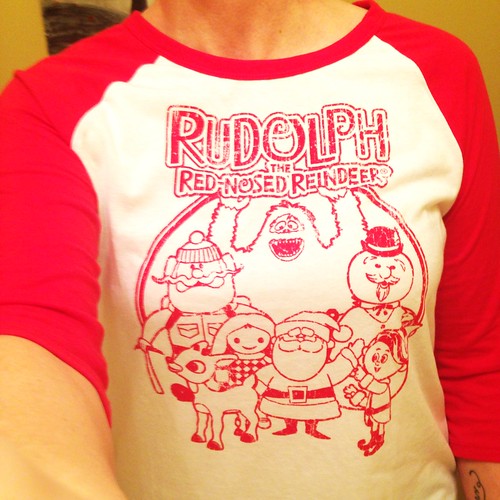 Although I often feel the need to run to a sink at the mere THOUGHT of touching something sticky, I did fine in the cafeteria until this happened.

Some tall bald guy dressed as Dieter from Sprockets was there with something like 82 kids. (There may have been only four, but they were noisy and fast.) One of the kids was ripping his Styrofoam cup into tiny (TINY) pieces, throwing them into a pile of syrup, and then wiping them onto the bench and the floor.

The kid’s sister: Hey! You need to clean that up!

Tall Bald Guy (LOOKING RIGHT AT ME): No he doesn’t. The clean-up crew is right here.

Me (wishing I had the nerve to say): Are you shitting me right now?

Me (with a rag in my hand, a raised eyebrow, and a feeling of frogginess): Yep!

Twenty minutes later, Tall Bald Guy brought all 82 kids back in for another round of pancakes and because I wasn’t thrilled to see him, I detained him using reasonable force until the police arrived which is slang for “I rolled my eyes into the back of my head and once again wiped up their syrupy mess when they were done.”

All of this to say: The Celexa seems to be working, although I’m still ruffled by approximately 7% of people. Also, the tables and benches in that school are currently sparkling and I’m back home getting ready to dive into a baked sweet potato. Figuratively. I hope your weekend is a good one.
‘ ‘ ‘text/javascript’>

9 thoughts on “Clean up your own figgy pudding, Dieter.”