Christmas 2015 goes down as one of my favorites. Sure, we ended up having to miss one of the family parties and my migraine meds are still lost in the mail and Harper’s “big gift” didn’t arrive so I had to brave the crowds on Christmas Eve morning to actually enter a store and it has been raining for the past three days and Henry was sick on the night of Christmas Eve so I had to skip the candlelight singing of Silent Night at church, BUT: everyone was in a great mood and I think my anti-anxiety pills are making me a better person and this stuff: 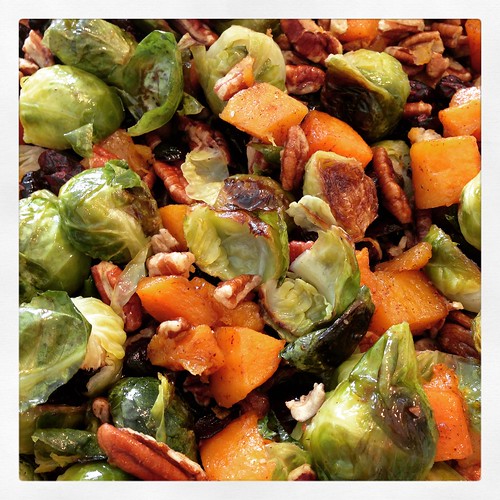 It’s Brussels sprouts and butternut squash and pecans and cranberries and maple syrup and I’ve been eating it for three days and although my digestive system is starting to wave a white flag, I’m not quite ready to say goodbye.

Harper gave me a great set of colored pencils this year and Meredith gave me the chicken cookie jar that I love. (We’ve decided to not stuff the chicken with cookies. Instead, we’re stuffing it with notecards that have recipes or restaurant names written on them. When we’re feeling hopeless about dinner, we’ll “Go to the chicken.” When a random card is drawn, no one gets to complain. Go To The Chicken!) 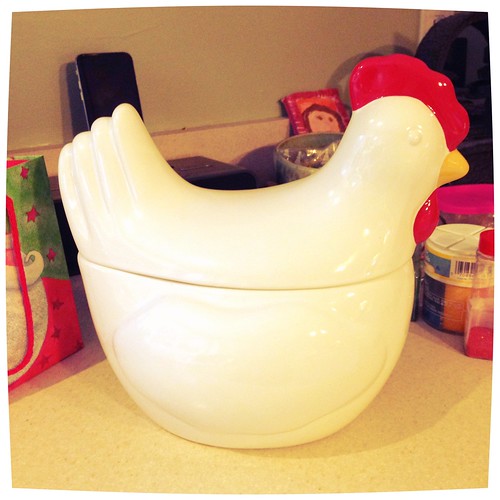 4. I rode a horse. I thought I wouldn’t make it from the trail back to the car and I had trouble walking for a few days, but: I climbed onto Luke and let him carry me through the mud and at one point we actually galloped. 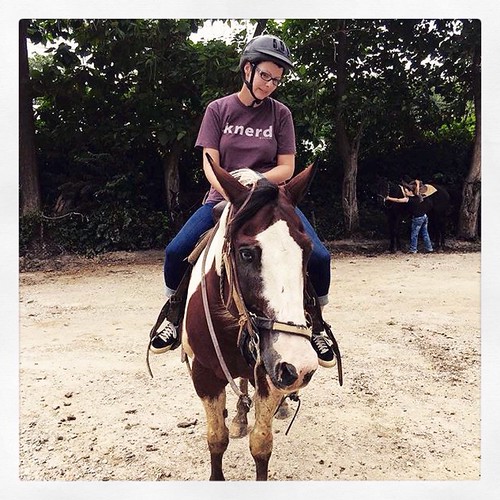 3. Cats! We adopted some! Chip and Graham still haven’t met the dogs, but they’re cool with that. For now, they’re just hanging out upstairs knocking lotion off of tables and attacking our feet as we attempt to saw logs. 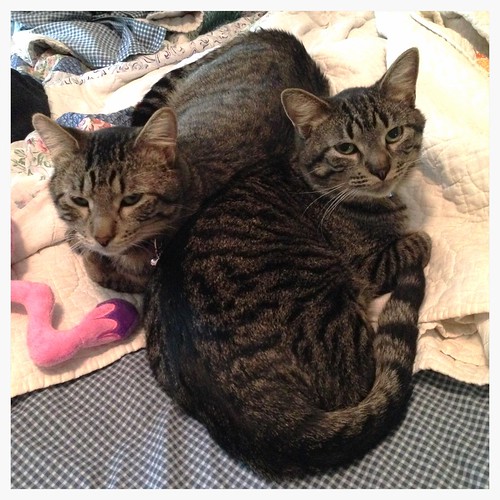 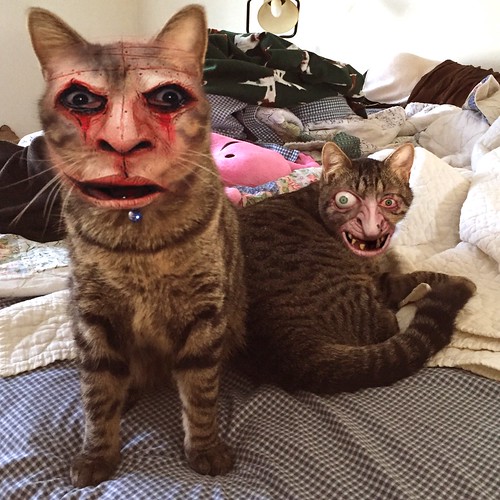 2. I worked with a health coach to change my relationship with food, and change it I did. I’m still down 20 pounds from May, and a few days back I purchased jeans in a size that makes me wonder if the jeans were mislabeled. Although using the phrase “my body” makes me cringe (it’s in a list with the following words: bottom, cream, bubblegum): my body finally looks and feels healthy. (Healthy for me. If a Victoria’s Secret Angel (???) (!!!) had my body, they would not be allowed to walk around in their underpants for pay. Lucky for me, I’m not in a position where I HAVE to walk around in my underpants for pay. Poor angels.)

((A friend of mine made this for me, and she believes that the words on the bracelet describe me, and I’m still completely floored by this. We should all have nice adjective bracelets, don’t you think?)) 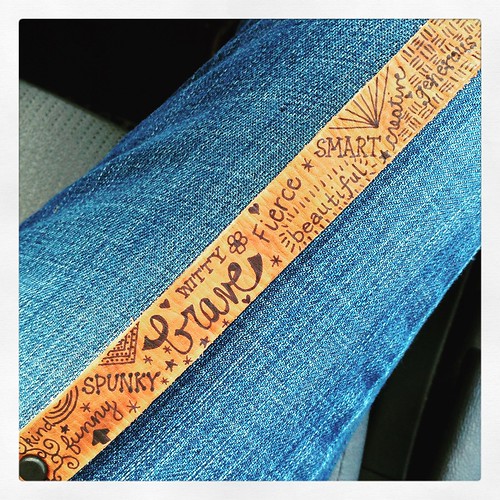 This is what I would look like if the world suddenly cookiefied. 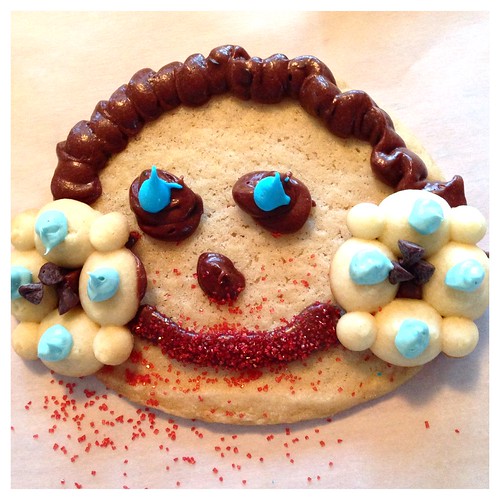 As far as 2016 goes, I’m planning on continuing to do what I do, which is everything that’s listed on the back of this shirt. (I really need to get the shirt. If I’m going to continue with pre-shrunk cotton advertising of what I believe in (Mizzou, Bernie, Black Lives Matter, etc.), this shirt mentions just about everything that’s important to me.) Now. Let’s get out there and sign up for Yoga Camp and be sane and realistic about who we want to be our next president. Eat more vegetables. Read good books. Take care of yourself and others during The Week Between (and beyond).