The past week has been ridiculous, but I can’t name four things I did that might have kept me away. That whole MRSA thing sort of sucked, but I’m pretty sure I’m over it now. My nephew dislocated his shoulder during a tennis match but I wasn’t there so I can’t really use it as an excuse, although I found myself stress-eating Doritos during his sedation and resetting. (I can’t type and eat Doritos at the same time. Too much residue.) Harper turned 11 last Thursday and Meredith turned 13 last Friday and we lost power for a few hours on Saturday and we went to a Cardinals game on Sunday. I’ve been working and growing my hair and throwing Vinca plants into our yard kidneys and listening to Beyoncé.

Today I joined a friend at IKEA and it was amazing and refreshing because: 1. Friend, 2. IKEA, 3. Veggie balls!

I’ve been wanting this mirror for several months, and now we have it: 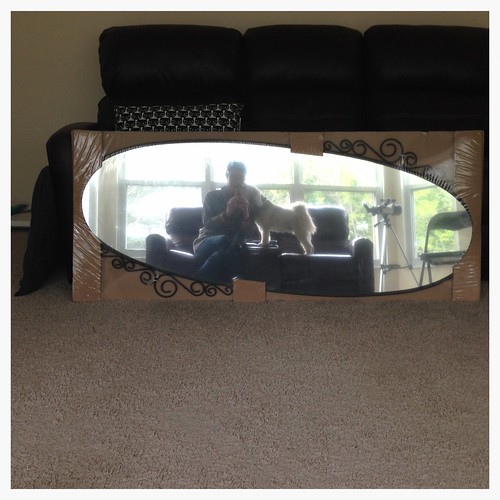 I had no idea this cat pillow existed, but now we have it: 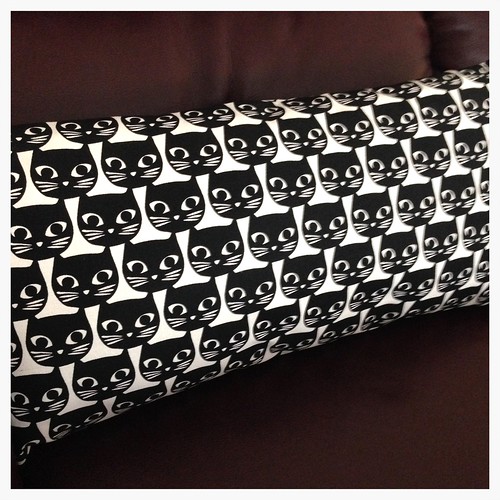 This thing is solar powered and it’s my first patio yoga station decoration. 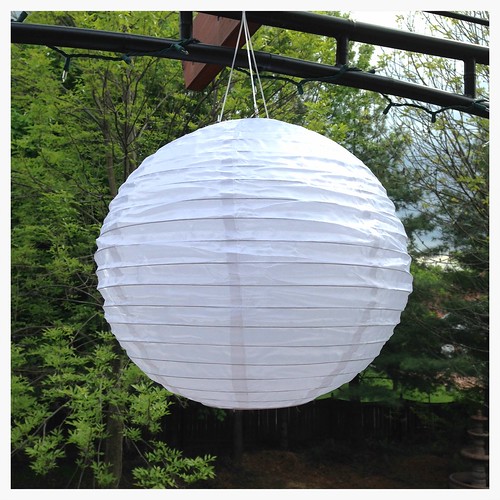 I also purchased some chalk, a potential pergola cover, a candle, and some Swedish fish.

Oh, Beyoncé. Here’s the thing. I stopped feeling passionate about music somewhere around 1998. Sure, I’d fall into different albums occasionally, but nothing really held my attention for more than a few months. My iPod is filled with songs that Jeff put on mix tapes for me back in 1996. The radio no longer sparks me. It’s weird because music used to be Everything, but for whatever reason, I hit an 18 year dry spell. (Eighteen years. Dear Lord. My dry spell is graduating from high school this year!)

And then Prince died. When Tempe told me that Prince died, I was like, “Shit. Really? Prince?!” and then I spent the next few days listening to all of the Prince albums that I’ve missed over the years, and why in the HELL have I not been listening to music?! Then Beyoncé released Lemonade, and I can’t stop shaking my head. In a good way.

(This is me actually dancing to Sorry. Unapologetically.)

A few days back, I received some essential oils in the mail and I told Tempe that I was loving them. She asked which one was going into the diffuser and when I dictated “I’m thinking Sweet Ambiance” to Siri, she heard me like this: 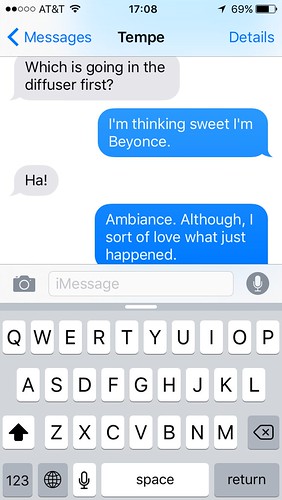 Finally, because I’ve become the middle-aged woman who can’t stop screwing around with iron-on designs, I made the shirt I’ve been wanting to make since I first received my Cricut. 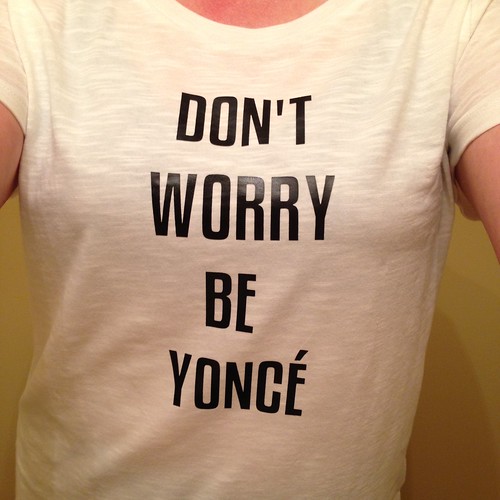 (My next shirt will say, “I’m way too ferocious for your biscotti.”) ‘ ‘ ‘text/javascript’>