While Jeff took Harper and her friends around the neighborhood, Meredith and I sat on the steps and handed out candy to the 50ish kids who gadded about on Halloween. 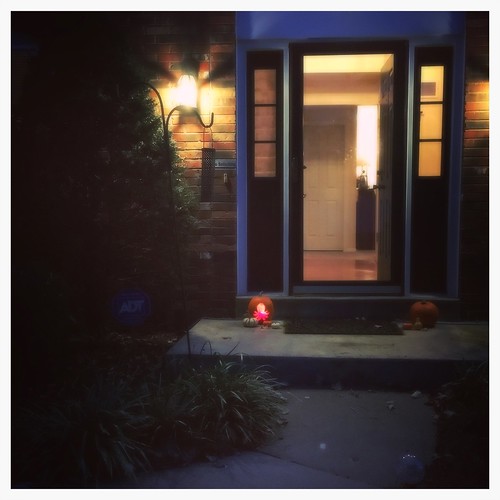 Our cauldron (because we have a cauldron) was filled with Smarties and Tootsie Pop Drops and M&M’s [sic] and a bunch of shabby crap that we grabbed on the cheap. After a few toddlers stopped by and turned their noses up at our offerings, I ran to the pantry and grabbed twenty or so bags of fruit snacks to add to the pot.

Me: I think I want to try something.

Me: Let’s see if anyone will take the mac and cheese. 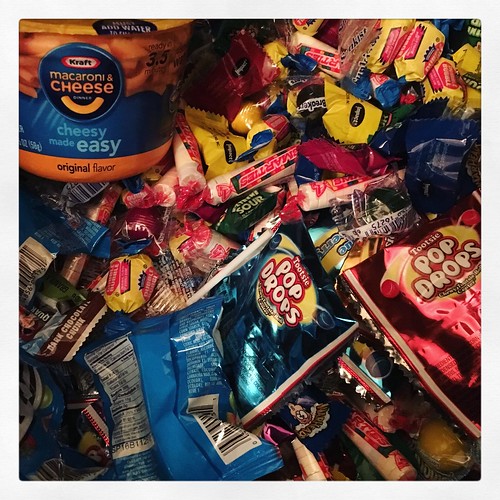 At that point, we stopped handing out the candy and allowed each visitor to reach into the cauldron (because we have a cauldron) and take what they wanted. Ten minutes later, the mac and cheese was gone. (The young boy who took it (a middle schooler named Zach) was Very Excited.) 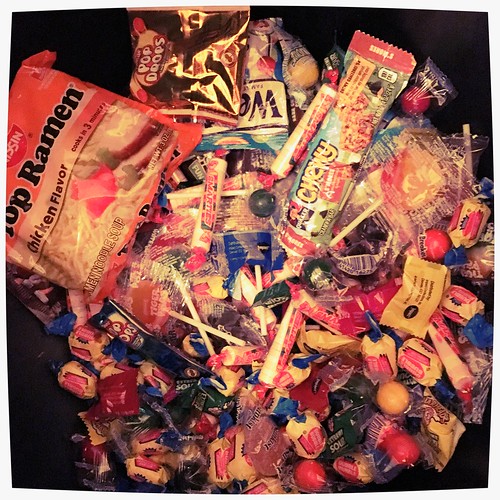 I was surprised to learn that not many kids even recognized the Ramen.

Twenty minutes later, a group of girls came by dressed as characters that I didn’t understand.

Me: We are currently one step away from a tiny can of tomato paste.

Meredith: What goes before the tomato paste? 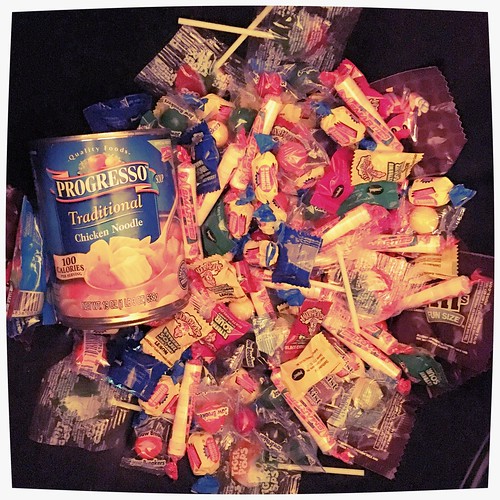 Meredith: No one wants Can of Soup.

She was right. Can of Soup turned up his charm, put his best face forward, and prayed for a brief pillow case journey to someone else’s home. Sadly, he was consistently cast aside in favor of Dubble Bubbles, WarHeads, and even an unwrapped Tiger Pop, which happens to be the worst lollipop ever made.

Can of Soup, born under an evil star, is once again shelved—his potential unrealized. 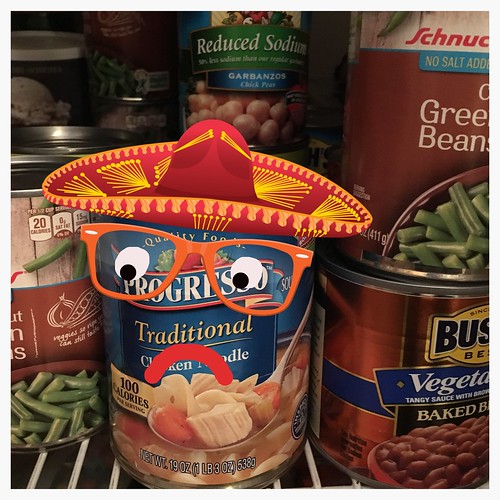