I received a call on Friday from a woman who invited me to a special sleepover. In order to attend, I had to sign release forms and promise to not wear makeup or lotion. I was asked to shower before I arrived. I purchased special swanky pajamas for the event, as I normally crash in shorts and a t-shirt and I wanted to look my best for the party.

When I arrived at the venue, I was quietly led to my room and told to take off my clothes and change into something more comfortable. 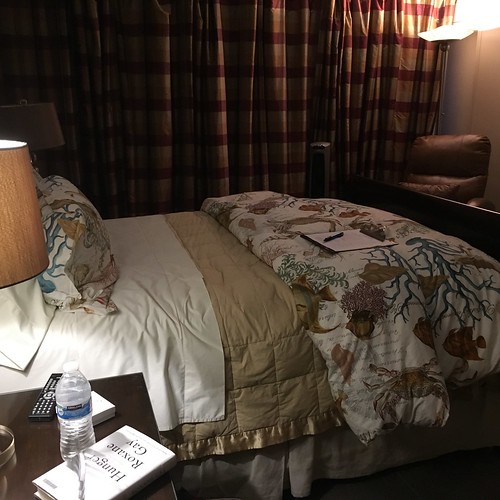 When I cracked my door to indicate my consent for adventure, a woman walked in and began attaching me to a box. Less than thirty minutes later, I looked like this. 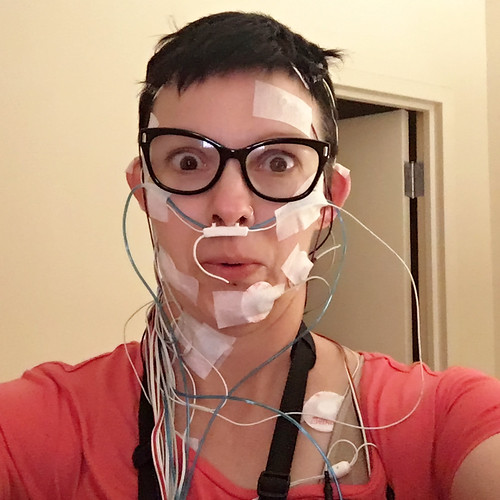 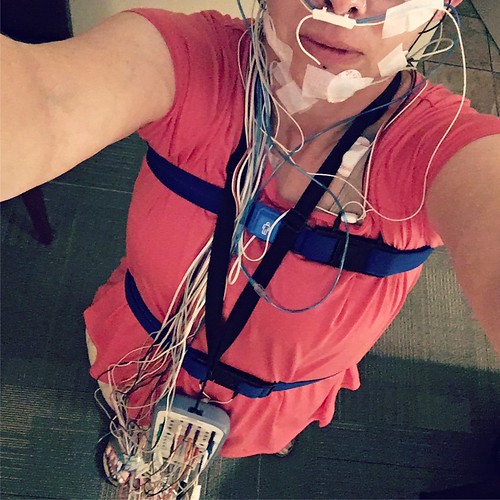 So, I’ve been falling asleep more than I should. (Twice while driving and many times during the week as I drink coffee on the couch.) I’m way more forgetful now than I was six months ago. (I called Harper “Oscar” and I often forget my cats’ names.) My short-term memory is shot. I can’t concentrate. My haircut doesn’t seem to be fixing anything. Glittery eyeshadow is not helping, and neither are my dad’s homegrown tomatoes—although they’re quite delicious.

I talked to my doctor and she asked me to take a sleep study test and I put it off because our insurance people are like, “SLEEP STUDY, SCHMEEP STUDY! That will be $3,403,495!!!” Ah, but things took a bad turn last week, so I set up a waffle stand in my front yard (if you know what I’m saying) and it didn’t take long to raise the cash for my wrapped-in-wires fantasy night (WIWFN).

Sleep tech: The sensor I’m attaching here will talk to the right side of your brain, and the one on the opposite side will talk to the left.
Me: Will you be brainwashing me into joining a terrorist organization?
Sleep tech: No. Now, this sensor is one of the several that focuses on your brain activity.
Me (silently thinking very hard): CAN YOU READ MY MIND RIGHT NOW? I’M THINKING ABOUT NEIL DIAMOND AGAIN!

After connecting me to the wires, the tech told me she would be back in an hour to put me to bed. (She also told me that I couldn’t fall asleep to Colbert. I started thinking a few mean thoughts, but I tried to eliminate those thoughts because God (and the tech, I suppose) only knows what was transmitting through those wires.)

After 15 minutes passed, I started feeling paranoid, so I sat in a chair, blindfolded myself, and thought about all of my secrets.

The tech returned and hit the light switch at 1030, and that’s when the games began. The short of it: I fell asleep, she woke me to change a sensor at 200, she woke me to change another sensor at 230, some guy burst into my room and asked if I had said anything at around 400, and at 600 the tech disconnected me from all of the wires and sent me on my way, but not before pointing out the Keurig and the cinnamon rolls in the lobby. (I skipped both, because of the environment and the fact that I like to know where my cinnamon rolls are coming from.)

Final results received in a telephone call less than five minutes ago? I have REM-dependent obstructive sleep apnea, but because REM sleep comprises only 1/5 of the total time spent sleeping, I don’t qualify for a CPAP machine. Next up? Sleep specialist consultation on 9/1 to talk about medication. And I think that sucks because: Medication. (If you see me on the highway, steer clear. Also, don’t expect me to remember who you are.) 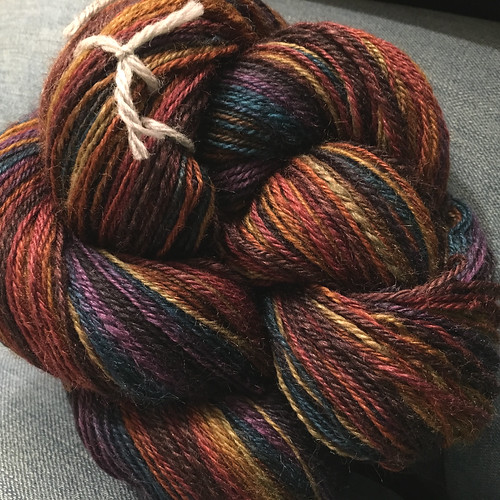 11 thoughts on “And may your dreams be realized.”