…to the employee at Moe’s who talked me into putting rice on my burrito…to my daughter’s history teacher who was shot while running in the woods, yet managed to make it back to the high school to help protect the kids…to all people who dedicate themselves to making the world a better place…to the woman at the coffee dump who bought hot chocolate for a young homeless man…to the makeup guy at Sephora who patiently answered 493 questions about my vanishing eyebrows…to my friends who forgive my forgetfulness as well as my shameless use of alliteration…to Judge Derrick Watson and Judge Theodore D. Chuang…to the band parents who are just as “Hell Yeah!” as I am…to my family for seeing past my weirditude about crowds and seating arrangements and notebooks and sleepiness…to Maxine Waters and to John McCain…to the writers and the poets and the artists and the misfits and the activists…to you. 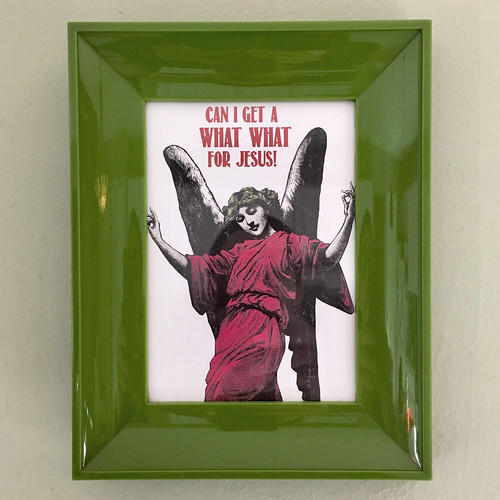 Oh, 2017. Last night Harper said something like, “2016 really sucked, but it feels like 2017 was even worse.” Sure, this comes from a kid who has her own bedroom and the house is warm when it’s cold outside and we always have Cool Ranch Doritos. BUT, it’s also the kid who knows that not everyone from Mexico, Iran, Iraq, Libya, Syria, Somalia, Sudan, or Yemen is itching to kill Americans.

We’ve had many talks about how the world shouldn’t be so Us and Them. Reminder: Just because I’m anti-NRA doesn’t mean I’m against responsible gun ownership. Just because I’m a (bleeding heart) liberal doesn’t mean I’m not a Christian or that I’m pro-abortion. (Pro-abortion. I know. What a horrible label that is.) Just because I support the Black Lives Matter movement doesn’t mean that I don’t support the police. I have friends and family members on both sides of all fences and although we may disagree on so many things, I wouldn’t hesitate to take them soup or tea if they needed or wanted it. 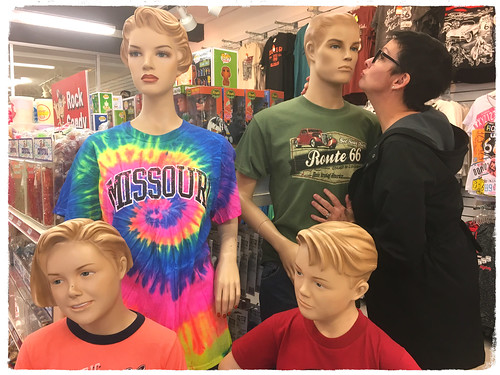 Because of Braving the Wilderness along with The Subtle Art of Not Giving a F*ck and also because I stumbled and low self-esteemrolled my way through 2017, my word for 2018 is Connect. My goals for 2018? Keep writing and stop dehumanizing. Work on my stomach, my head, and my falling asleep in weird places. Listen. Love. Connect.

“We’re all going to die, all of us. What a circus! That alone should make us love each other, but it doesn’t. We are terrorized and flattened by life’s trivialities; we are eaten up by nothing.” -Bukowski 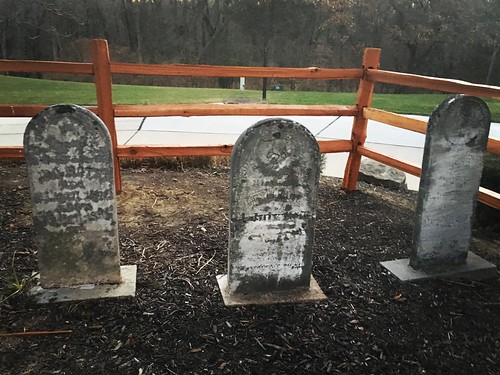 These three people (a man and two of his daughters, along with one other daughter whose headstone has been removed) are buried in a subdivision near the middle school. I love that even though their farm is now a subdivision, they are still there. 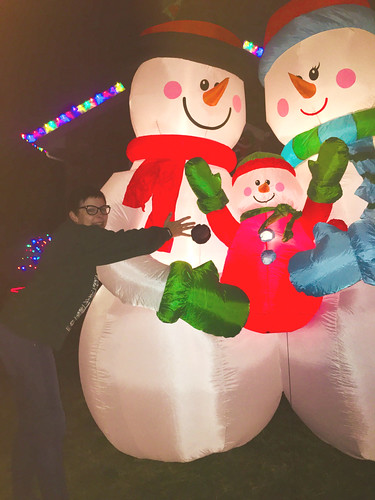 (The girls and I visited my sister for her 50th birthday last weekend. This photo was taken shortly after I jumped out of the car and ran into a stranger’s front yard to hug their gigantic snowmen. Never send away the weasel.) ‘ ‘ ‘text/javascript’>