Do you know what sucks? A lot of things. (Raisins, taking down Christmas decorations, gas prices, the death of Betty White…) ((I know. It’s just that I want this post to stay current throughout the rest of time.))

Now that I have you here, I want to talk about my brain, because it’s another thing that sucks. I used to consider myself smart. Witty. Able to learn things quickly. Someone who can drive a car while listening to a book. Lately, though? I’ve been messing up.

Because I really should balance discouraging with good: Here is a good thing that I did. 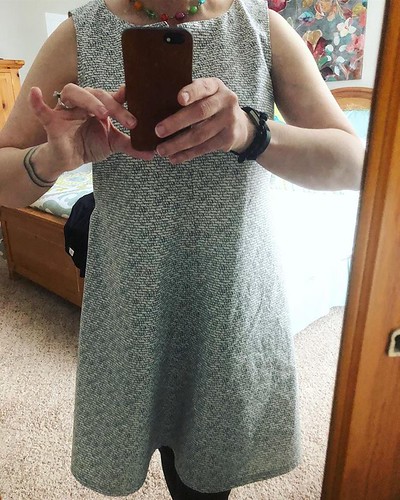 I bought some alphabet fabric and a pattern last week and now a dress exists where before there was none. And I actually like it, which is unusual.

(Here is the pattern photo and the fabric. It’s Simplicity 6340. I’m on the fence about the pockets.) 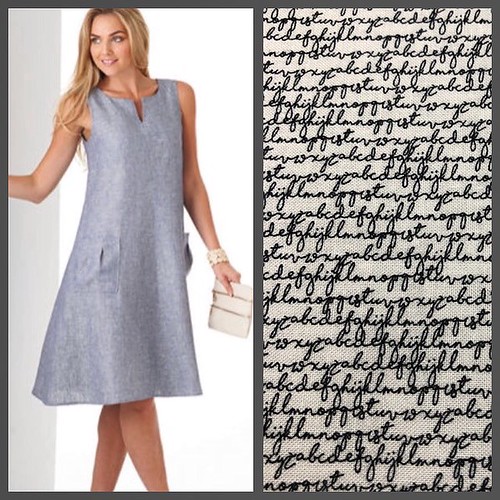 Finally, I would show you our annual Easter family photo, but Meredith was flashing a gang sign and I don’t want her to end up on a list somewhere. (You might think I’m kidding.) Instead, here is the photo from 2010. 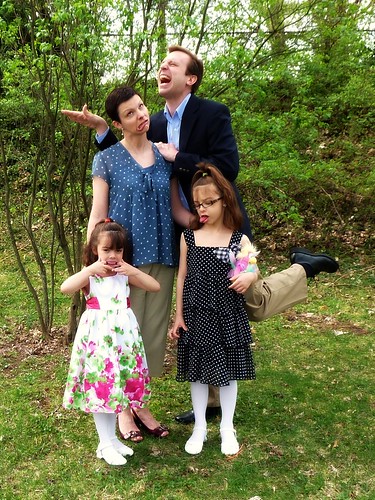 Please don’t talk to me about hormones and aging and crossword puzzles. ‘ ‘ ‘text/javascript’>