A few months ago, a friend asked if I was busy on the evening of June 25 because she won tickets to see The Wiz at The Muny and wanted to invite me. Because Harper is still out of town and the only other thing going on was my “We’re Halfway to Christmas” celebration (It typically involves me sitting on the couch and saying, “June 25th. I guess we’re halfway to Christmas.”), I gave a firm Yes.

After driving into the city and eating our picnic dinner, we headed to our seats. Once we arrived, we noticed that an older woman was sitting in N44—the seat listed on my ticket. She smiled and moved to the next seat and all was well. My friend and I sat, situated our things, and then quickly jumped onto our phones to take a few quick photos and check on our families. 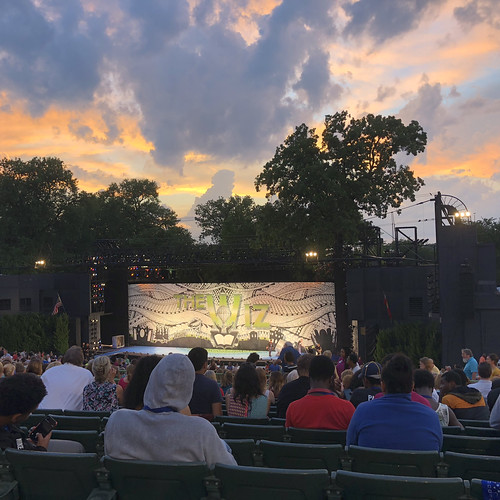 This is the closest I’ve ever been to the stage, and I was super excited. The movie soundtrack for The Wiz was one of my favorites when I was a kid. I would lie on my floor and listen to the album over and over again because Toots Thielemans on harmonica is just so nice.

The only thing I’ll ask you to do today: Close your eyes and listen to part two of the overture. Picture me sprawled on the floor wearing my Mork from Ork suspenders. Now picture me picturing myself playing Dorothy to Michael Jackson’s Scarecrow. Oh, 1978.

Back to The Muny. I’m in my seat shooting off a quick text to Harper (because I haven’t seen her in THREE WEEKS), and I hear this from the older woman sitting next to me. 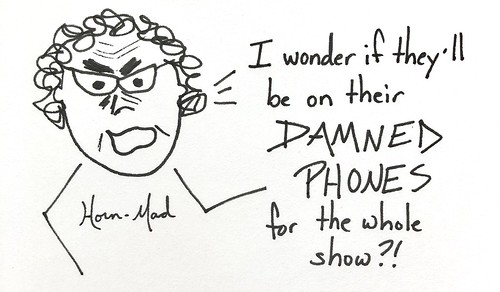 I looked over at her, and saw that she and her daughter were looking right at my friend and me. And I smiled a little and PUT MY PHONE DOWN. (I’m still annoyed with myself for putting my phone down. I am 48.)

Before the show started, an announcement was made that everyone should stand and face the flag for the singing of the National Anthem. Whatever. I guess I’m cool with it being played at sporting events but this is a MUSICAL and that seems weird, yet I know it’s not up to me. (“Few things are,” she whispered passive-aggressively.)

Seated a few rows in front of us was a large group of students. Most of them were African American teenagers. When it came time for the National Anthem, a handful of the students didn’t stand. (How do I feel about that? I feel like they had every right to stay seated. I feel like the best thing coming out of this particular presidency is a spark for activism. I support all forms of non-violent protests and peaceful disturbances. AND, I also know that 17% (or maybe 31%) of you are rolling your eyes into the backs of your heads and hating on me for that. I’m okay.)

This time it wasn’t the cranky older woman who spoke loudly. It was her daughter. 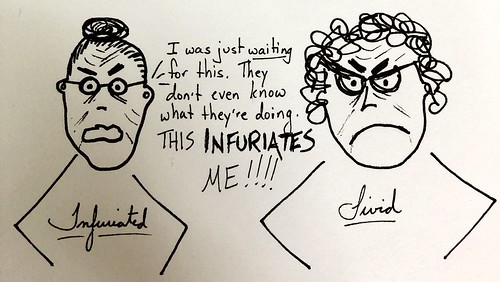 And what I WANTED to say was simple: “They know exactly what they are doing.” But, damnit, I once again didn’t say anything. I *did* throw a stink-eye, but I kept my mouth closed. And I felt shitty. And I spent the next half hour silently raging against 52% of angry old white women.

Being outside watching the sun go down over the trees as Dorothy and her pals made their way to the wizard was definitely not a crap experience. It was an incredible experience made even MORE incredible when my friend handed me a surprise bag of peanut M&Ms as I dreamed of a wizard who could hand out hearts and brains.

If only we had a wizard who could hand out hearts and brains (and maybe slip me a steaming side order of nerve).

When it was time for intermission, the lights came on and my bag of grapes came out and I heard the most delightful ten words of the night. 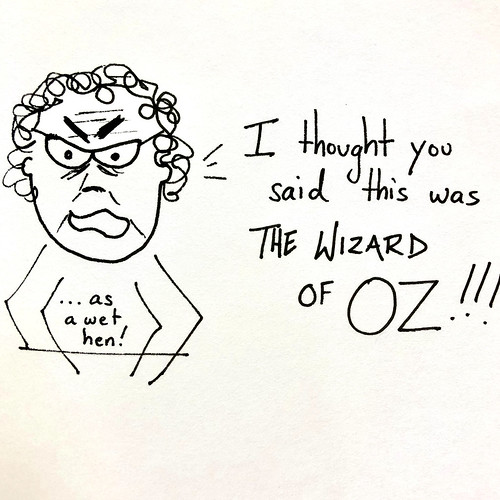 The reptilian mother/daughter team packed up their bags and stomped away leaving their wadded up napkins and empty water bottles behind (of course). I put my bags in their seats and smiled as I watched Dorothy and her friends get what they deserved. 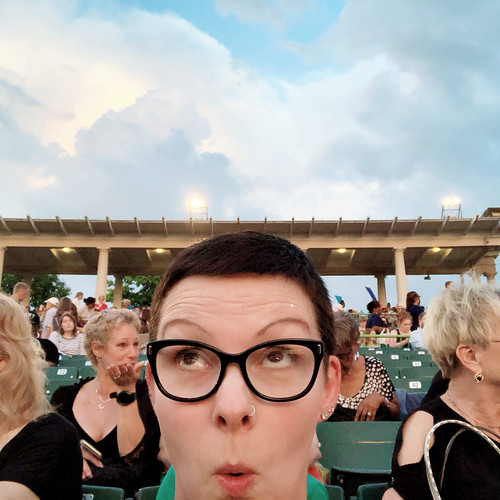 6 thoughts on “Don’t nobody bring me no bad news.”