We dropped Harper off at camp nearly two weeks ago and we’ll pick her up after eight more sleeps. Having her gone is weird, but knowing she’ll come home with a handful of new friends and a deeper understanding of American Sign Language makes everything worth everything. (Her three week camp involves an expedited college course in ASL. It also involves trips to the local big box store, lots of delivered pizzas, a Halloween celebration, thrift store shopping, a dance every Saturday, and the adoption of a fish. His name is Clyde and we will love him just like we love all of the other pets.) She is happy. 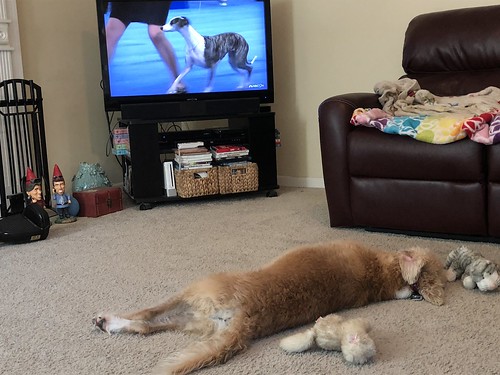 On Sunday I sat on the couch and watched a dog show. After about 45 minutes, I realized that I recognized several of the dogs. I had no idea that what I was watching was from 2014 and that I had seen it before. I could get all down on myself for wasting so much time on the couch watching a rerun, but I’m choosing to be impressed with the fact that I recognized some of the dogs! One of my (many) brain hiccups? I can be in a room (or even sit at a table) with someone and hours later have no idea what they look like. Ah, but Nathan the Bloodhound and Freda the French Bulldog? I Will Never Forget Them.

This is my big accomplishment of the week: Twelve people came to my house on Monday evening and I made a bunch of food and the guests sat on couches and chairs and looked at jewelry catalogs and I don’t think any of them really hated it. In fact, they ordered some jewelry and as a result, I will be wearing this necklace sometime in the next week. 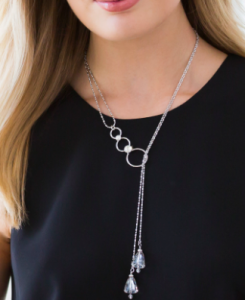 It’s a lariat, which means I can use it as a lasso if/when necessary. You know how I am with my frequent lasso needs. (I cropped out that necklace model’s face because she really does look a little bit like Ivanka Trump and I refuse to hang that poster on my wall.)

Speaking of my wall, we have lived in this house for nearly four years, and I’m just now starting to feel inspired to hang things. 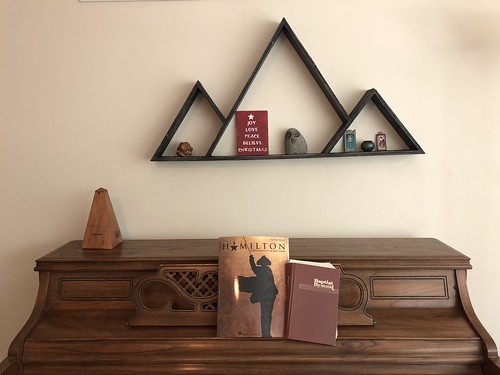 Do you remember when I got my mountain tattoo? Well, last week I came across the semi-matching mountain shelf up there, and the price was right. (It currently holds a Buddha, a few saints, a Christmas thing I made last year, and Herbert the Owl.) 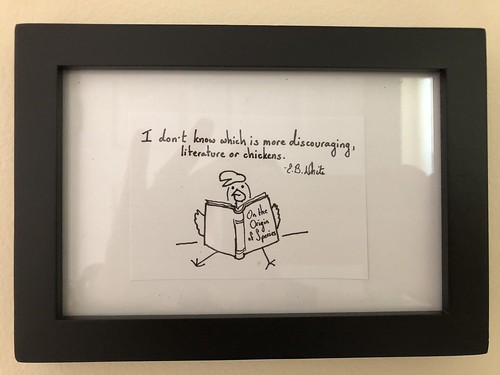 I bought a dozen or so dollar frames and my goal is to fill them with quotes and words that I like. Literature and Chickens is the first.

Finally? My door knocker wall is up to three knockers, which means it officially qualifies as a collection. AND I hung a fake triple spigot over the entryway to the family room. I could say I did it to remind all of us to let go of the figurative dirt before we spend time as a family, but that would be a lie. I did it because I thought it was funny. 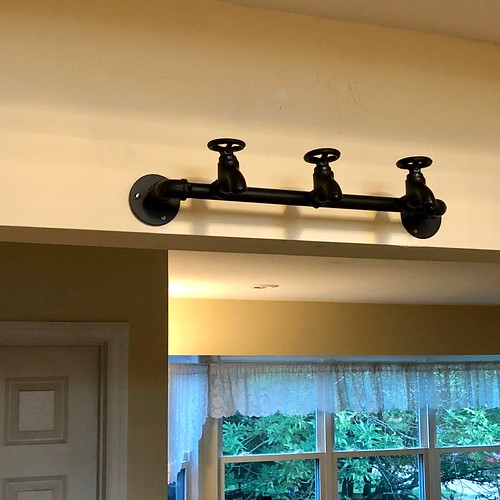 On a bit of a side note, I’ve also been knitting and freelancing and eating and making lots of stupid mistakes and drawing and writing and creating cake balls and cleaning the house and driving a lot while listening to Anthony Bourdain books (because he reads them and I will always like him). I do this sort of manic “keep your hands and mind distracted” sort of thing when I’m feeling the unpleasant and inexplicable blend of Frantic + AngrySad + Being Physically Unable to Cry. If I happen to put a fist through a wall, at least I know I’ll immediately patch and paint. This will pass. And then I’ll take a nap. 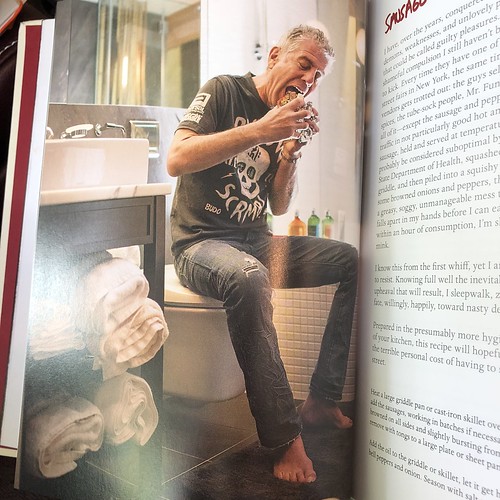 5 thoughts on “Agitated and Aghast”