I filled out an affidavit and a new voter registration form. I voted. All is well.

My mom, Tempe, and I left for Chicago at 500 in the morning on Friday for our tenth annual Stitches Midwest adventure.

Less than five minutes in, I was trying on shawls and poking out eyeballs. 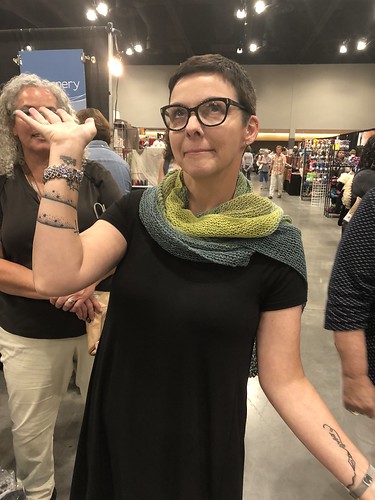 (I purchased the kit to make the shawl, except mine will be in shades of blue and a brown and an ivory.) 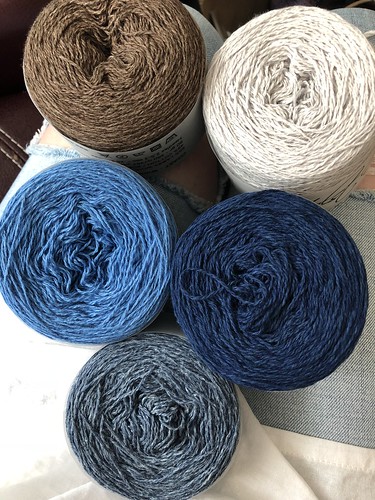 Check out the scarf on the little concrete lady. 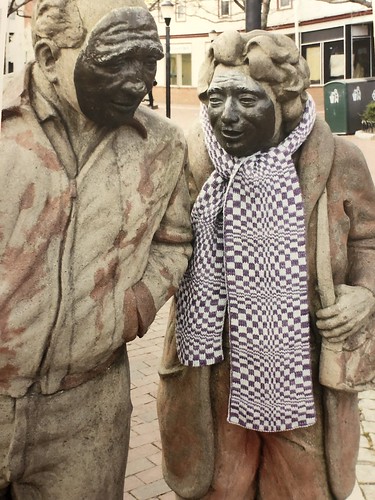 I’ll be making it with a rainbow gradient and a deep grey, and I’ll be connecting the ends so it is a cowl instead of a scarf. 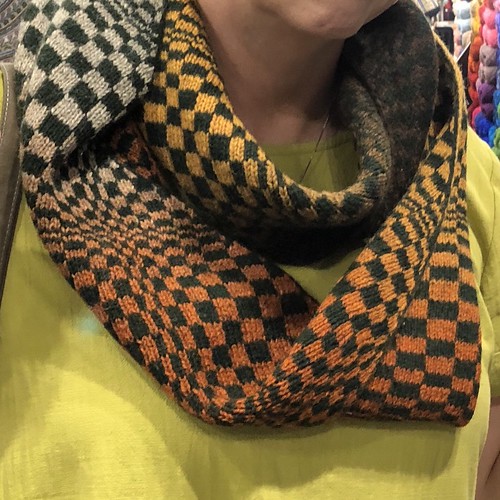 I tried on the cowl in the photo below and I fell in love with it, so I grabbed some yarn. Bam! 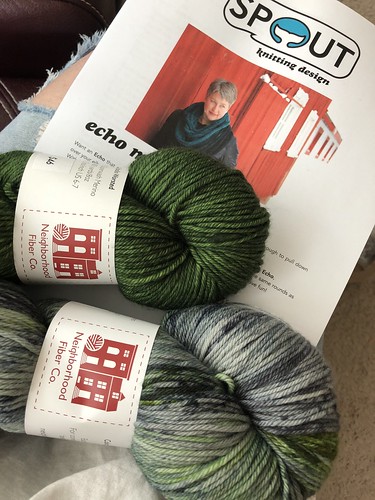 I tried on the sweater in the photo below and I fell in love with it, so I grabbed some yarn. Bam! 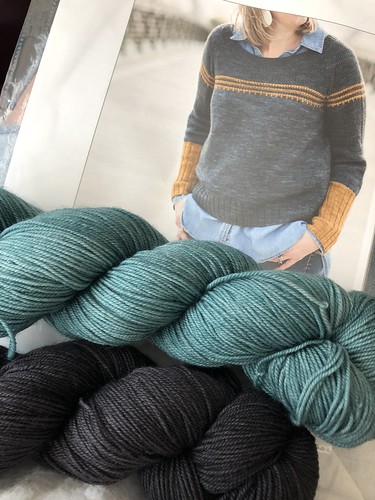 The sweater was in the Three Irish Girls booth, which has been my favorite booth for the past three years. Last year I fell in love with an orange Footloose and Fancy Free Poncho, and I kicked myself all year (LITERALLY) for not buying the yarn. (You absolutely must have a firm grip on your style before you can go all willy nilly with an orange poncho. I was a little too careful when I was 47. Ah, but now I’m 48, and it’s time to make up for the sobriety of my youth.)

I tried on the poncho in the photo below and I fell in love with it, so I grabbed some yarn. Bam! 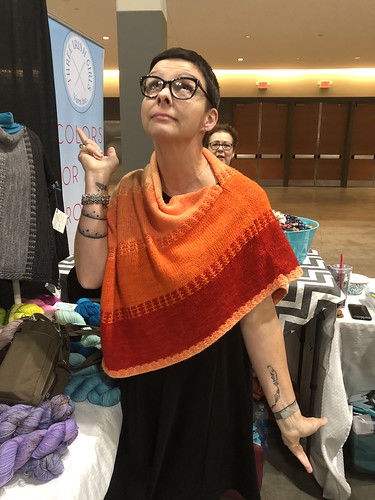 Speaking of making up for the sobriety of my youth, every year we celebrate ourselves with cheesecake (and maybe or maybe not a martini). This year was no exception. 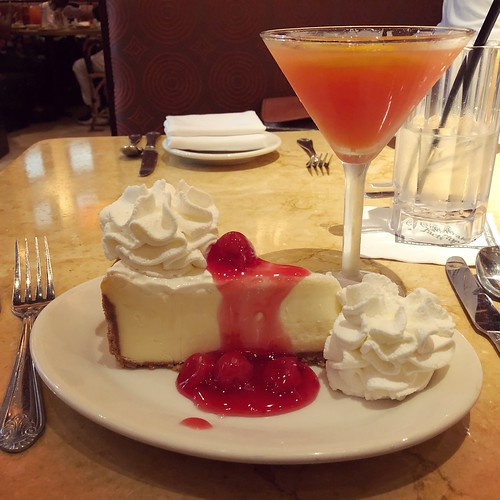 6 thoughts on “She smells the yarn and rubs it under her chin and on her neck.”