This morning I went to the library to pick up my hot tea book and my black coffee book. 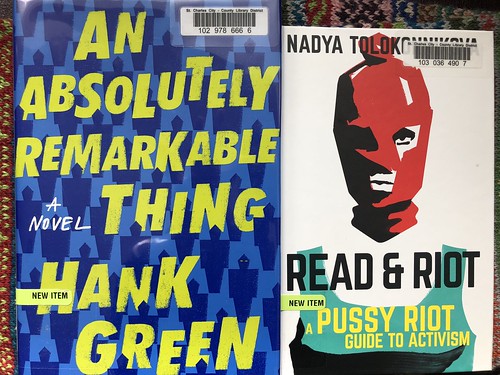 (I also have my car read, which is currently Parker Posey’s memoir and my here-and-there read, which is the brain surgeon book. And I read a lot of nutrition labels and road signs and sometimes music. Thank God for the brothers Angular and Supramarginal Gyrus and their little friends Frontal Lobe and Temporal Lobe!)

I used to be able to play this. It holds every single one of my emotions. Do you have five and a half minutes?

When I walked out of the library, I saw a guy pacing around the parking lot—dark curly hair, probably in his early 30s, big eyebrows, scruffy, smoking a cigarette, wearing a dirty coat. (I feel weird saying his coat was dirty. He might be trying his best and even if there’s the smallest chance that he might end up at this website, I wouldn’t want to embarrass him. Do people still use the word Vagrant? That word just came to mind, but it feels so offensive to me. Like hobo. I made a joke last month about something looking more Hobo Chic than Boho Chic. At the time I thought it was SO CLEVER, but now I regret it.)

I got into my car and put the books on the passenger seat. The guy walked in front of my car and down the side of the library. I started the car and began screwing around with my book files to get Parker Posey to read to me. The guy walked back toward my car and headed to the library entrance. I took a drink of my (cold and stale) coffee and put the car into reverse. The guy showed up in my rear view mirror which was weird because wasn’t he just headed toward the entrance? He motioned for me to go ahead and back up, and he stepped out of the way to make room for me. So I backed up.

And that’s when he started screaming The F Word at me. “F YOU and your F-ing car!!! F, F, F!!!” (His cursing clearly lacked creativity, if variety is indicative of imagination.) As I drove off of the parking lot, I saw a younger woman exiting the library. SO, I circled around to make sure she stayed okay. By the time I got back to the lot, the woman was still standing there, but the guy was gone. (I then called the library and told them what just went down. I’m a quivering blend of diligence and tenacity.)

I believe this will be my next knitting project, and the scar on my chin is an illusion. 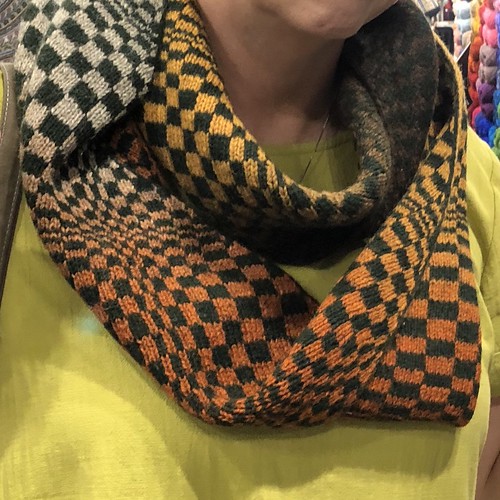