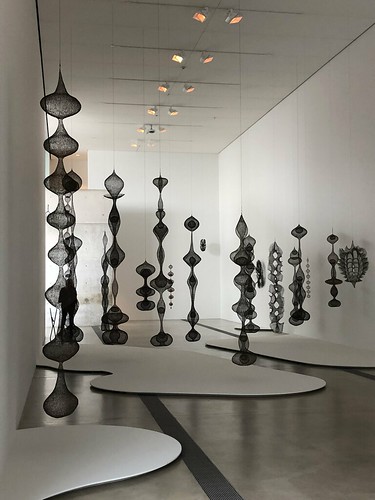 I went to the Pulitzer Arts Foundation with a friend yesterday morning to see the Ruth Asawa exhibit. I’m 48 years old and I’m certain that seeing this exhibit falls into my top five art outings. (Also on the list: I saw Matisse and Picasso exhibits at Tate Modern in the summer of 2002 (AMAZING), and I live in the same town as Keith by Chuck Close (ONE OF MY FAVORITES). Wait. Suddenly, the boundaries are fuzzing because: Does seeing Jon Nakamatsu (1997 Van Cliburn winner) playing Rachmaninoff count as an art outing? I went by myself when I was living in Nashville. After the concert, I drove to Tower Records to buy Nakamatsu CDs, and then I treated myself to a cheeseburger at Rotier’s because I knew what was up in Nashville in 1999. My best friend and I went to a support group for Wiccans when we were in college. Is that an art outing? I have so much to think about.) 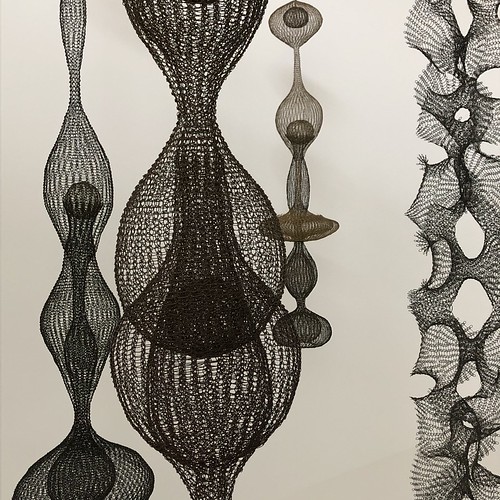 Back to the Pulitzer. When we arrived, a few university students and their instructor had gathered for a pre-arranged curator tour. They were kind enough to let us join the group, and it felt like a cosmic handshake. 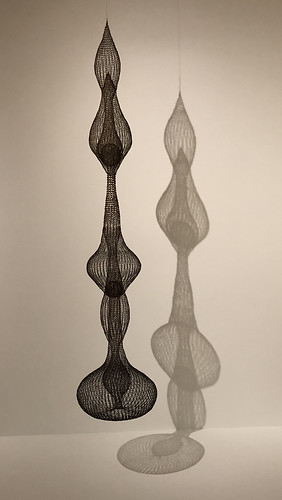 The sculptures are made of looped wire.  Asawa wrapped the wire around a dowel rod to form the loops and then connected the loops in order to shape the sculptures—concentrating on the shapes as well as the space around the shapes. The curator told us that when the sculptures arrived at the Pulitzer, she was told which ones should be grouped together. All other decisions (where the art was placed, how high or low to hang the sculptures, how the exhibit should be lit) was up to her.

She put together a beautiful presentation. 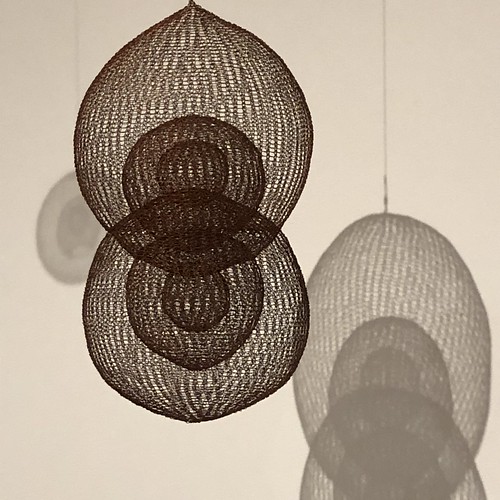 With a single strand of wire, Asawa created the inner shapes first, and then worked outward to create the larger shapes. None of the sculptures were given names, so you’re allowed to bring your own experiences to the shapes without any suggested influences. 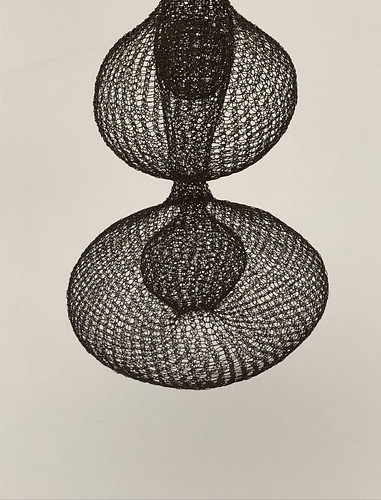 And I did bring my own experiences. In Ruth Asawa’s sculptures I saw knitting and calligraphy and droplets suspended in time and the manifestation of toxic diffuse goiter and a possum who dreams of becoming a flapper: 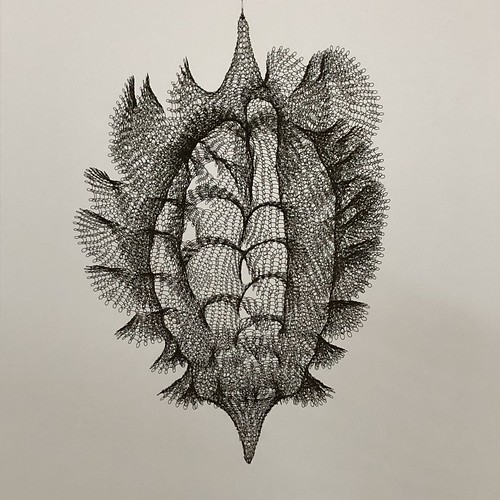 Stick with me for this one. Look at this sculpture. 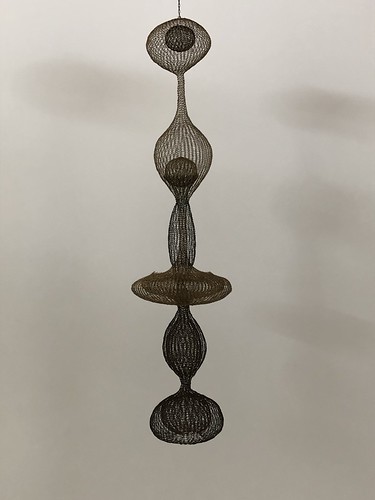 If it could sing, don’t you think it would sound like this?

Also, knitters? Check out what appears to be a single centered decrease done with wire. 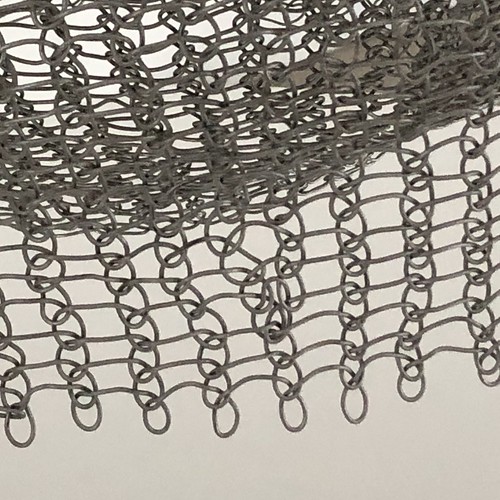 If you live in St. Louis, you have until February 16th to enjoy the exhibit. Bonus: While you’re at the Pulitzer, you should also check out the Lola Álvarez Bravo photographs. If you’re anything like me (and you ARE), you might be inspired to become one with Carlos Pellicer Cámara. (Helpful hint: Try to match up the ears!) 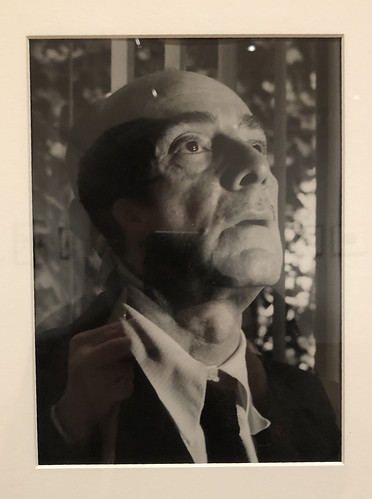 Better yet, let a photo split your skull and blow your mind because you thought the woman on the right was Frida Kahlo, but ISN’T Frida Kahlo. 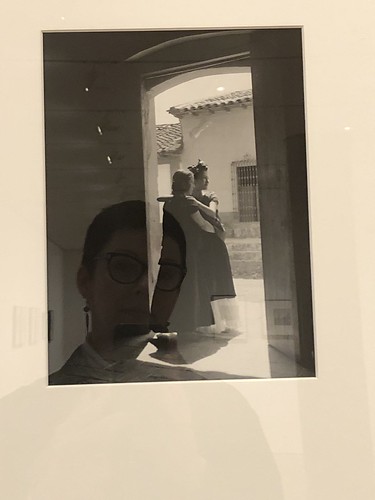 I guess everyone dressed like Frida Kahlo in the time of Frida Kahlo.

I know I would have.