When Meredith was 12, she decided to be Hazel from The Fault in Our Stars for Halloween. 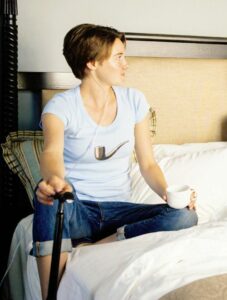 Hazel was on oxygen, so putting the costume together was fairly easy: Magritte shirt and nasal cannula.

Because the middle school had a fairly strict dress code that prohibited the glorification of tobacco or drug use, I sent a photo of the shirt to the principal and said something like, “I just wanted you to know that Meredith will be wearing this Rene Magritte shirt to school for the Halloween celebration. She has decided to dress up as Hazel from The Fault in Our Stars, which is her favorite book. Hazel wears the shirt in the movie.” The principal came back with something like, “Nope. With a picture of a pipe, the shirt glorifies tobacco use, which is prohibited in our dress code.”

I told Meredith that the principal won’t let her wear the shirt because it has a pipe on it.

Meredith: But this is NOT a pipe.
Me: You’re totally right! I think you should wear it. 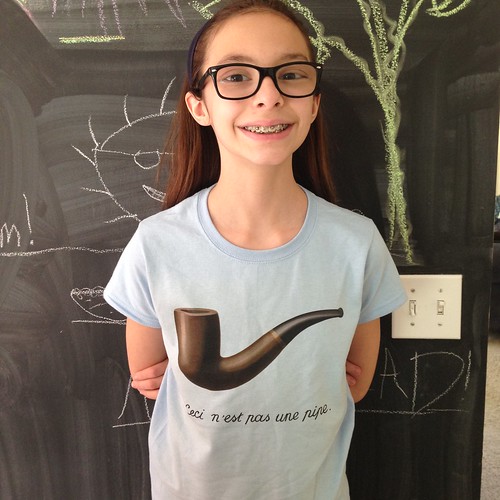 And she did, because: It was Halloween, it glorifies Rene Magritte more than it glorifies tobacco use, and Fuck It.

(I MIGHT try NaBloPoMo this year. There’s an election going on next week, and I have a funny feeling I’ll be experiencing emotions.)

3 thoughts on “The Treachery of Images and Dress Codes”