I can have 17 things circulating in my head before I max out.

For the past several months, Fluid Pudding has fallen to something like maybe 18 (or 23). Ah! But over the weekend a hacker took over my Instagram account and is trying to convince people to do the bitcoin thing and it sucks and it’s horrible and Instagram is not responding to any of my requests for help because I’m like 4,392 on *their* list of 17 and believe me I get that and I just don’t want to talk about it. (I mean, I *do* want to talk about it, but it’s as boring as someone trying to tell you that they took a different route to a place you don’t know because of a thing you don’t care about. Ugh. Stop. Right? It’s just not interesting.) Since Instagram is gone, Fluid Pudding is once again circulating in my head! Aren’t we lucky to be alive?

Something happened today that would normally be Instagram fodder for me but since That’s No Longer An Option, I thought I would head over here and tell you that: Last week I ordered a t-shirt that features a sweet bunny driving a tank and under the tank are the words Arm The Animals. The package was delivered today and I ripped it open and found that instead of Renegade Bunny I received Puppy With Shiv. 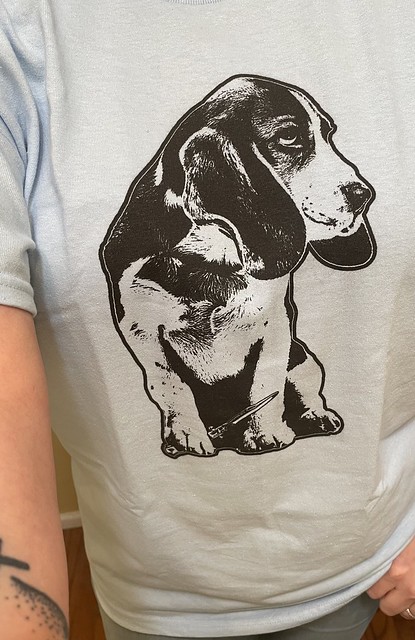 (The company’s official name for the design is Slice And Dice Beagle.) I adore the shirt, so now I’m wondering if The Universe (or this particular company) knows me better than I know myself. (Think about it. I’m much more of a puppy with a shiv than a bunny in a tank.) The final sentence of this story is: I’m keeping the shirt.

I haven’t seen you since last year, so let’s catch up like sporadic friends do.

I bought a new coat that makes me feel like I want to feel when I’m wearing a new coat. (It’s crafted from the pelts of stuffed toys.) 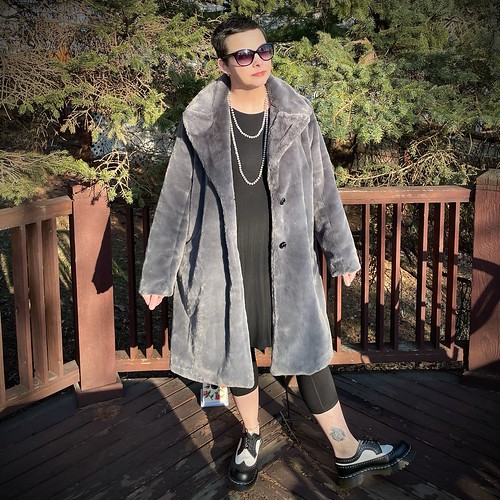 I replaced my Billy Pancake ring with a skeleton and if you ask me about it I’ll tell you that the skeleton was my womb twin whom I swallowed as a fetus and now he’s working his way out. I haven’t named him yet, but I’m thinking Timmy. (The cats are a special effect! They don’t exist! Especially not the one in my pants.) 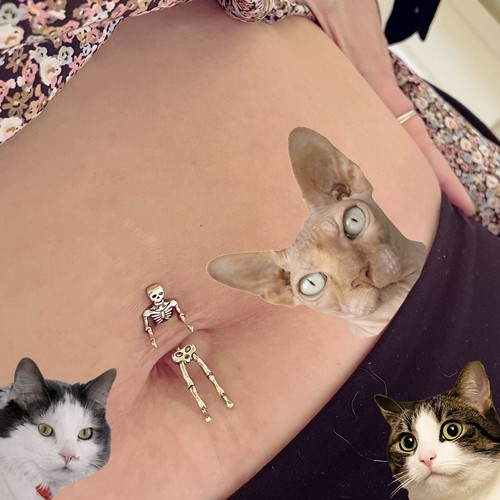 I’ve been drawing on blank playing cards, putting them in magnetic frames, and leaving them in public places. 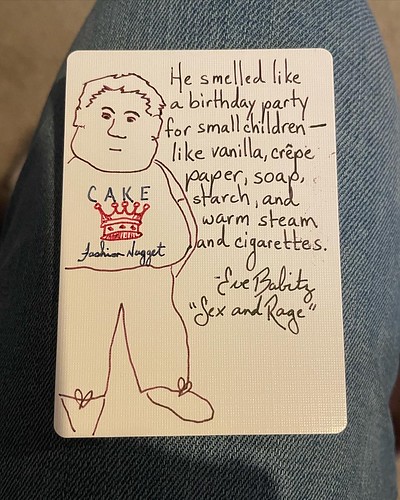 I grew my hair out. (Not really, but if I did it might look something like this.) 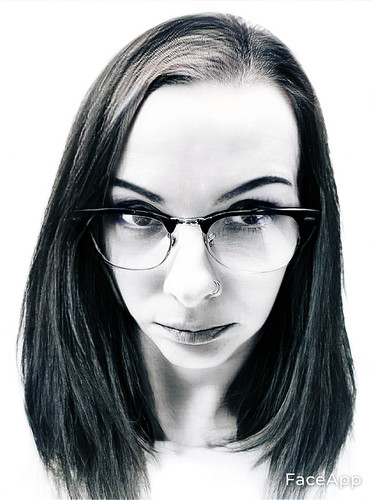 I hope I don’t let another five or so months go by before I write you again. I really can have more than 17 things circulating in my head. Especially on the new meds that I didn’t mention because I was too busy talking about Timmy.

7 thoughts on “The Bunny, The Beagle, and Timmy.”