It’s November, which means I need to grow a moustache (I’m 52 and my uterus is gone, so it might not be as crazy as it sounds.) or dust off Fluid Pudding. Can you believe this website turned 21 when we weren’t looking? I can. (Time’s not weird unless you make it weird. Let’s not make it weird.)

I have a friend in Denver who once encouraged me to search for joys. What follows are a few of my joys from the past several weeks.

A friend and I went out for tacos and a Dinosaur Jr. show. I went to the show not knowing much about them, but when I left? I was their biggest fan. (Okay. I may have been under an influence which led me to accuse someone of sex trafficking during the show, but it had nothing to do with the music and it ended up not being true. Lesson Learned: Be careful when you’re accusing someone of sex trafficking.) Look! I got a shirt! 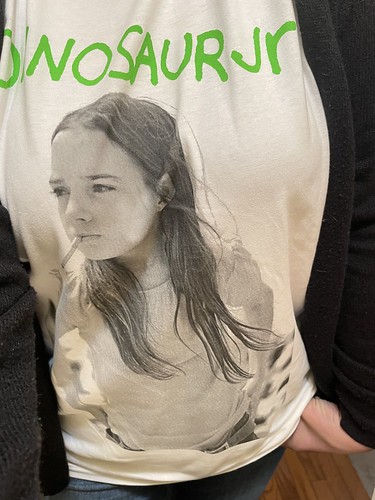 I’m knitting lace again. I’m hoping to finish it in the next few weeks, so it’s probably safe for you to hold your breath. 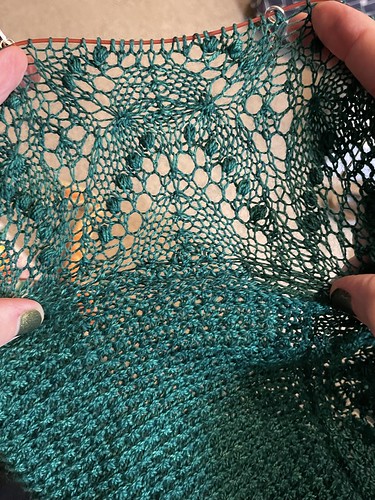 I saw Death Cab for Cutie and they were just what I needed them to be. (Ben Gibbard is a genius and he spends a lot of time running backwards without being scared of falling and their new album is pretty great and I didn’t feel the need to accuse anyone of sex trafficking.) Look! I got a shirt! 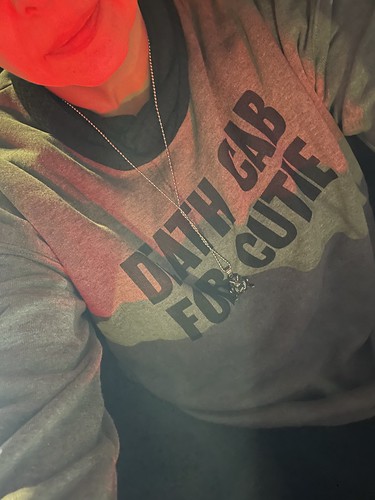 Meredith adopted a cat. His name is Sasuke and he’s the perfect cat son for her. Look at his sweet dopey dog face! 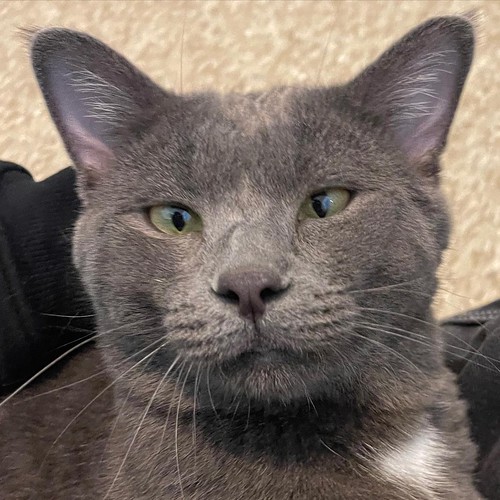 Finally, I went from this: 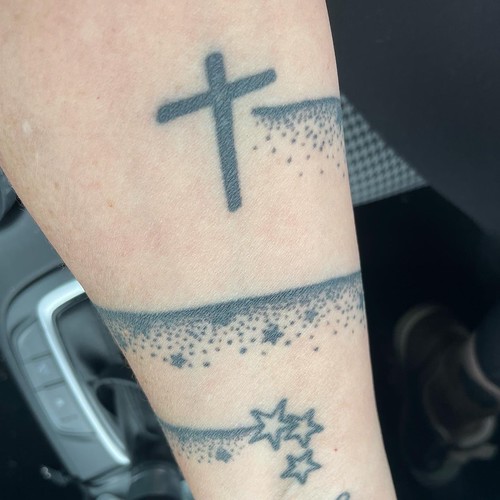 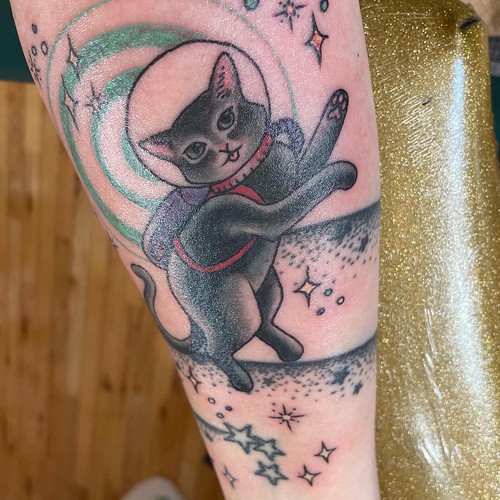 There is no shortage of cross tattoos in this world. Perhaps what we really need are a few more cats in spacesuits. Let it begin with me.

12 thoughts on “Here. Give me three minutes.”